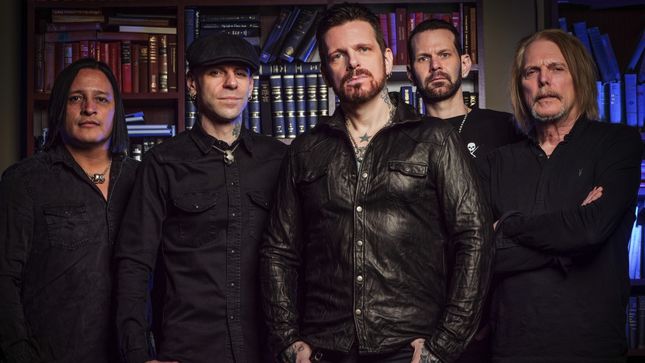 Ever since issuing their debut album in 2013, Black Star Riders have been consistently hard at work - whether it be touring or recording. Case in point, album #4 arriving in just a six-year span - Another State of Grace, in September 2019. The band is still led by original members Ricky Warwick (vocals, guitar) and Scott Gorham (guitar) - who have also been spotted together as part of the on-again/off-again modern day Thin Lizzy - plus Robbie Crane (bass), and new additions Christian Martucci (guitar) and Chad Szeliga (drums). Mr. Gorham spoke with BraveWords correspondent Greg Prato shortly after the album’s release.

Scott Gorham: “The obvious thing is we’ve got two new guys in the band - Christian Martucci as my guitar partner now. He comes from a band called Stone Sour. And we’ve got Chad Szeliga on drums, who replaced Jimmy DeGrasso. Right there, you’re going to get quite a different sound. To be quite honest, I think we were due that. We had done three albums with the previous regime - with Jimmy DeGrasso and Damon Johnson - which I thought were great albums. I thought we wrote some great stuff. But it’s always time every once in a while to welcome the new blood, the new energy that gets injected with new people coming in the band. And I think we got it. And we’ve got a new producer, with Jay Ruston, and he came in and created a great atmosphere for us in Sphere Studios in Los Angeles. So, all in all, I had probably more fun and everybody else did on this album, than maybe on the last album. Just for that fact alone, I think it’s a great success - the whole ‘new blood thing’.”

BraveWords: What did producer Jay Ruston bring to the album?

Scott Gorham: “He brought a sense of calmness into the band. He knew the state we were in - that we had new personnel in there, and were trying to get to know each other. Thankfully, he had already worked with Christian before, so there was history there. It kind of melded really easily. The jokes were flying, the ideas came very quickly. He’s also a musician, Jay. A lot of times, your ego says, ‘This idea that I brought, I really don’t think it can be improved on.’ And then Jay would go, ‘That’s great, but what if we try switching this around, blah blah blah.’ And you’ll try it...and it works. So he’s kind of thinking about the songs the whole time he’s in there - he’s not just EQ’ing and pushing faders up or down. He’s actually thinking about arrangements and different guitar sounds and drum sounds. Which you have to be when you’re the producer. Let’s give credit where credit’s due - if you’re going to sit in that chair, you’re kind of ‘the general of the room.’ It’s not like you take directions blindly from the producer, but if there’s a difference, you defer to the producer. ‘Hey Jay, what do you think?’ He was great with all that.”

BraveWords: What are some of your favorite tracks?

Scott Gorham: “The title track is a great track. We always seem to put on a nod to Ireland - which is really a big part of Ricky’s and my past. Me, with my mother being full Irish, so that makes me half-Irish, and me coming from an Irish band, Thin Lizzy, and Ricky actually being born and raised in Belfast, Ireland, and coming up through the Troubles, and all that. It’s really a nod to Ireland - almost like a thank you...but not just as a thank you. We genuinely really like those Irish grooves and Irish chord patterns, and the way the Irish developed their music and the feel they put in there. We tended to go that way on every album - for at least one song. Another one is probably ‘Why Do You Love Your Guns?’ It’s a little political - a little bit of a hot potato there, with the gun violence that is happening in America right now. We’re really not the kind of band that is a political band, where, ‘We’re trying to shove this thing down your throat. This is the way we believe, and we want you to believe in it the same way that we do.’ We’re not those guys at all. I think the idea really came about last year when we were in Florida, ready to get on one of the rock cruises, and we landed on the day that that horrible school shooting happened [at Stoneman Douglas High School, on February 14, 2018]. It was just a few miles down the road from where we were going to get on the boat. It was palpable - the feeling of people in the reception room and on the street, of what a horrible thing this is. And why do we Americans so doggedly love our guns? Why do we keep hanging onto them in such great volumes, in the way that we do? I know it particularly struck Ricky - being the lyric writer, he’s got a couple of kids, and he lives in Los Angeles now. And he says he drops his kids off at school, and the look of the school is completely different from the way say, you and I grew up. You and I just got out of the car and walked in - no big deal. Now, you walk in, the fences are higher, there’s armed guards in the front of their school, they go through metal detectors. He said it’s more like dropping your kids off at a prison than it is dropping them off at school. How does that effect the kids trying to get through their studies - when you’re seeing all this craziness going on around you? So, Ricky and I had talked about it quite a bit, and he came up with this song, ‘Why Do You Love Your Guns?’ So those are two, right off the bat.”

BraveWords: The song title "Soldier In The Ghetto" reminded me of something that Phil Lynott may have come up with.

Scott Gorham: “Could have been. But I don’t think Ricky is trying to copy Phil in any way, shape, or form. But it is the reason why I got him into Thin Lizzy - because of the timbre of the voice and when I worked on his first solo album, I realized, ‘Wow, this guy reminds me of someone. Who does this guy remind me of?’ And it was Phil. Because you’re listening to the lyrics, and he actually tells a story. Whether you like the story is another thing, but he tells a story while singing the song. What Ricky has said many times, ‘I can’t get up there and sing these lyrics unless I truly believe in them.’ So, everything you hear on that album is that way - he absolutely believes in everything that he writes down. And sings.” 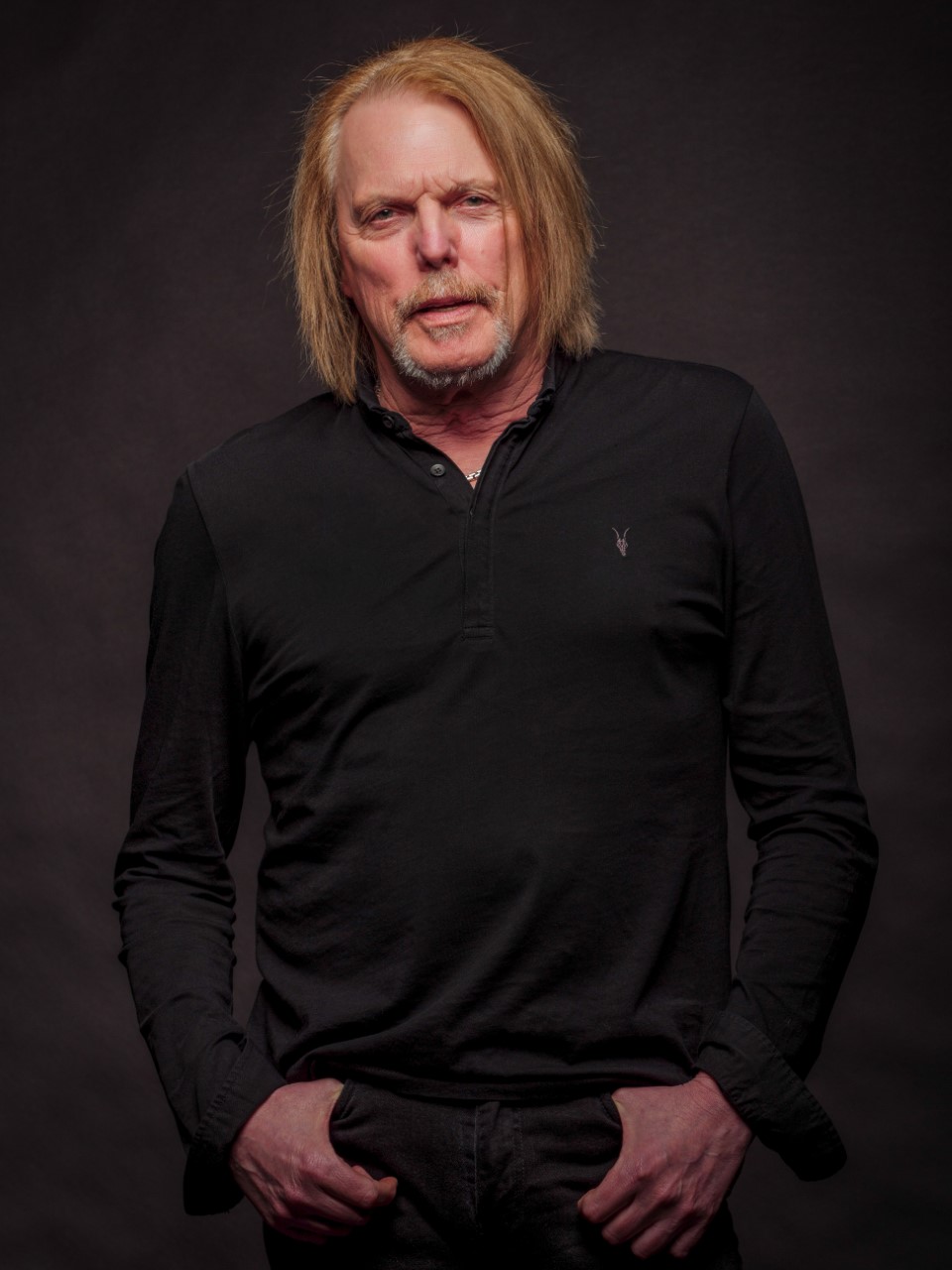 BraveWords: About ten years ago, there was talk of a movie being made about Phil Lynott’s life, which ultimately did not happen. Do you hope that one day there is a movie about Phil’s life - especially after the success of the Bohemian Rhapsody film?

Scott Gorham: “Until Bohemian Rhapsody came out, I was neither here nor there. Most of the rock films you saw were terrible - bad storyline, bad acting, bad wigs on the actors. So, I never really pushed for any of that. I know in the beginning of next year, there is a major documentary on Thin Lizzy that is going to be shown in a lot of cinemas in the UK and Ireland. But I think it’s a great story, and what Thin Lizzy has to offer as a story is pretty compelling - and what our history actually could bring to the big screen. But it still is down to the right director and whoever is writing the script. It has to be the right script, it has to be the right this, that, and the other. I’m not really holding my breath on any of that. I think Queen got extremely lucky with the production that they had, the money that was put into it. And they absolutely and fully deserve it, because of the songwriting that they came up with - they’re phenomenal songwriters. And it’s also a great story - it’s a story that you wanted to hear. So, we’ll see. Sometime, somewhere down the road, somebody might come up with putting all those pieces of that puzzle together. We’ll see if somebody wants to put something like that together.”

BraveWords: I think Phil’s story would translate well to the screen - if it’s done correctly.

Scott Gorham: “Being nearly the sole black person in a whole country - right there. Trying to live through that as a kid must have been pretty amazing, really. I’d imagine some of his friends are still around, and could tell you stories about what Phil had to go through, and what he had to put up with - just to fit in. Being that lone black guy. It is true - in the early days of touring, when Lizzy was touring, you’d turn around, and you’d be hard pressed to find anyone of color in the whole country. He definitely stood out.” 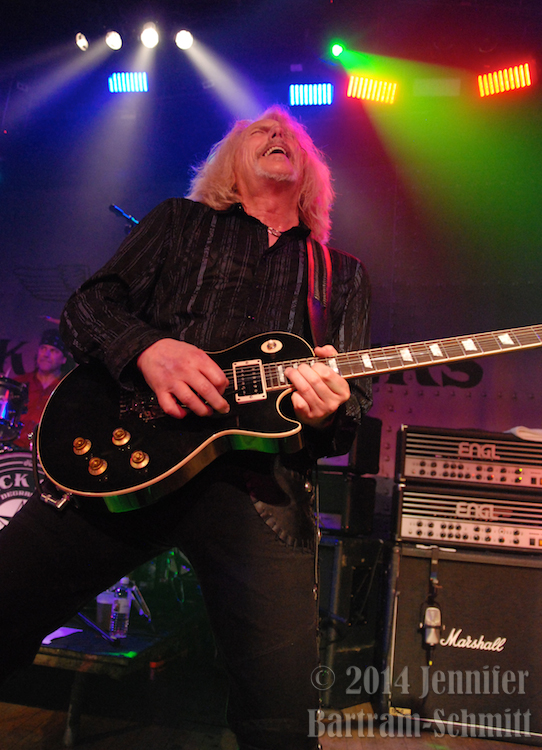 Scott Gorham: “We go into rehearsal here in London on October 3. We’re going to spend three days in rehearsal, and hen on October 6, we have a show in Bristol. We have fourteen shows we are doing in England - it’s by far the most expansive amount of shows we’ve done in that country. Usually, we do six or seven, and then get out and go to Europe. But we’re doing fourteen, and then we go straight over to Europe, and we’ve got seven weeks in Europe. It’s a pretty long tour, and we’re hitting I think every major country in Europe. After that, I know there is talk of us probably coming over to America - I’m not sure when or for how long and under what circumstances. But that is the plan at the moment.”