ACE FREHLEY Looks Back On KISS' Psycho Circus Album - "It Was A Disappointment For Me; The Only Song I Performed On Was The One I Wrote" 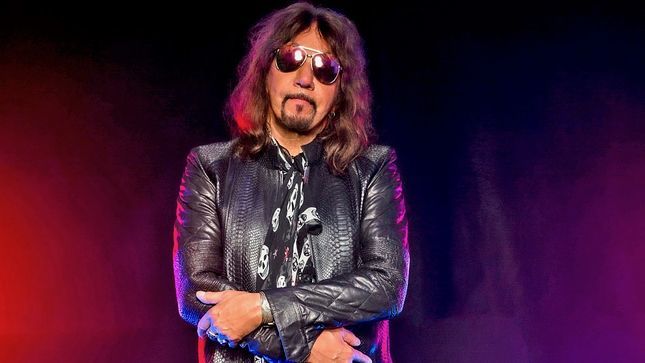 Founding KISS guitarist and Rock And Roll Hall Of Fame member, Ace Frehley, recently guested on The Disc Dive and went through every KISS album he appeared on, as well as his solo records, and Frehley's Comet. In the fifth episode (of six), Frehley looks back on KISS Unplugged, Psycho Circus, Anomaly, and Space Invader. Check out the interview below.

"It was a disappointment for me. The only song I performed on was the one I wrote ('Into The Void'). Paul and Gene are such control freaks. And I don't know why I wasn't invited to play on a lot of the other songs, but I wasn't. They used other musicians. The only song Peter (Criss) played drums on was 'Into The Void', and 'Into the Void' actually had a different title; it was called 'Shakin' Sharp Shooter'. They were going to pass on it, but they liked the music part of the song, they liked the guitar riff which I had written with Karl Cochran (co-writer).

Gene walked out of the studio and said to me, 'Why don't you do something spacey?' And Gene actually came up with the title. Then I said, 'Give me 45 minutes, I'll go up into the attic up here, and I'll write the lyrics...' because they weren't even going to give me a song on the record. And I came in 45 minutes, I wrote all the lyrics for the song, I went in and performed it...boom!"