ACE FREHLEY On The GENE SIMMONS Vault Experience Event In L.A. - "I Was So Glad To Be A Part Of It"; Video 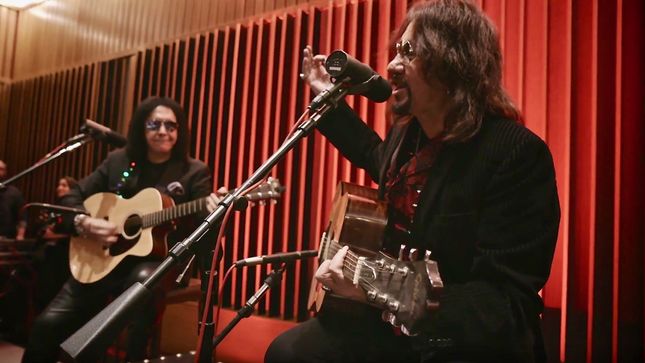 Check out a new video below:

Fan-filmed video of the quartet performing an acoustic set, as well as Simmons and Frehley trading stories and jamming, is available below. Video courtesy of Sonny Pooni at Podcast Rock City.