ANTHRAX Guitarist SCOTT IAN Looks Back On METALLICA's Rise To Fame - "Nobody Was Saying 'Metallica Is Gonna Be Bigger Than IRON MAIDEN Someday,' But Everybody Knew That They Were Ahead Of The Game" 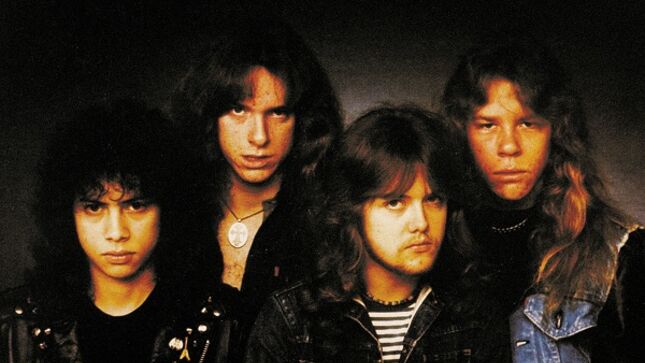 In a new interview with Metal Hammer, Anthrax guitarist Scott Ian discusses his long friendship with the members of Metallica. Following is an excerpt from the chat.

Q: What are your memories of meeting them for the first time?

Scott: "When Metallica got to New York, they’d drove across in a truck. Johnny (Zazula) said, 'Why don't you guys go meet them, I got them a room there too so they can rehearse, but they're also going to be living there.' I'm like 'What?! They can't live there – it's horrible and is in one of the worst neighbourhoods in New York, don’t they have hotels or houses they can stay at?.' And he tells us there’s no money for anything like that. So Danny and I went down there met them for the first time and of course they start asking us, 'Do you guys know where we're staying?' I'm like, 'Call Johnny Z – let him tell you because I'm not breaking that news!"

Scott: "It was like meeting people you're already friends with even though it was the first time. We were all into the same music, same movies and horror… we just had a lot in common. Plus they were living in the music building and we were practically living there because we’d go seven days a week just to hang out. Neither band had a pot to piss in – literally, because most of the toilets in the bathrooms in that building didn’t work! They were disgusting.

Everyone knows the story, we gave them the refrigerator from our room and a toaster oven so they could at least heat up food. We even leant them our gear when theirs got stolen. They weren't gonna be able to go to Europe and we leant them a backline.

In those first four or five years from between '82 and '88, basically from the time where nobody even knew who either band was, to both bands making Gold records by 1988, we went through a lot together. Kirk, Cliff and I were like the three musketeers. We were very, very tight, mainly because of our love of comic books, horror and movies. James and Lars liked those things too, sure, but they just they weren't nerds like we were."

Q: Did it seem like they were destined to be massive?

Scott: "Look, I'd be lying if I said, 'Oh I knew one day they're gonna be the biggest band in the world.' Nobody ever said that. Nobody was walking around saying 'Metallica is gonna be bigger than Iron Maiden someday.' You know what I mean? Like, that's, that was not something people were saying. But everybody knew that they were ahead of the game.

Even once we became friends with Exodus and Slayer. Even Dave Mustaine, moving on with Megadeth, it was this idea that they had a jumpstart on everyone else. But I think it might be a little bit more than that, I think it has to do with James's hands and his brain."