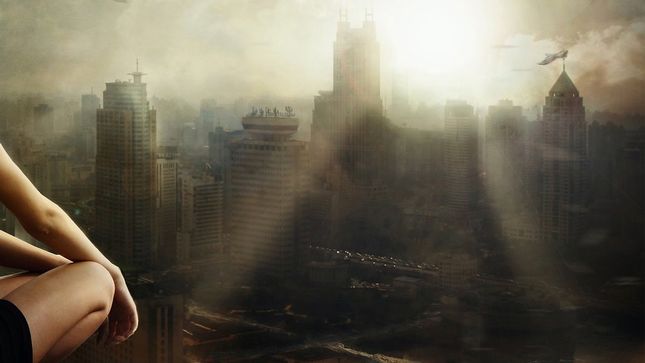 TogethermenT Records announces the release of the third full-length studio album by the critically acclaimed rock band, Anyone. The album is entitled On the ending earth... and was released on August 21. The album is available in download, streaming and CD on over 200 digital distributors including iTunes, Spotify and Amazon.

Anyone was formed by Riz Story, along with Taylor Hawkins (Foo Fighters) and Jon Davison (YES) in the mid 90’s in Laguna Beach, California. Hawkins and Davison left and were replaced by the time the band signed with Roadrunner Records in 2000. Their self-titled debut album received much critical acclaim.

In October of 2016 the single “Fly Away” was featured in Story’s debut feature film A Winter Rose, and became the most listened to rock song in the nation on digital formats, hitting #1 on the DRT National Airplay Rock Chart. Other musicians of note that have been members of Anyone include David Silveria (Korn) and guitarist Gretchen Menn.

For this new release, Riz plays all of the instruments. The album features three guest musicians; Jon Davidson (YES) played fretless bass on “Thought I Was” and Miles Martin played bass on “Sip The Pleasure of Days” and Ethereal played piano on “A Brief Sparkle In The Nothingness”.

Says Riz, “On the ending earth...' deals with the themes of the collapse and extinction. Lyrically it is filled with references to the annihilation of nature and the senseless destruction and suffering mankind brings upon itself. Songs like ‘It’s Already Too Late’ and ‘Lament’ express the mourning of vanishing species and consider that humanity is dooming itself to the same fate. ‘Mother Superior’ is a meditation on how mankind has so greatly damaged ‘Mother’ earth. These themes run throughout the entire album and clearly reflect the troubling times we live in, in which everything from civic order to the planet's biosystems seem to be in full collapse. The album’s longer tracks, ‘All That Lives is Born to Die’ and ‘A Brief Sparkle in the Nothingness’ both explore the human reaction to living in such dystopian times. And the final track, ‘Fade To Black’ is an apocalyptic ode to humanity with its recurring lyric, ‘Fade away, because you’re only a stain on the time.’”