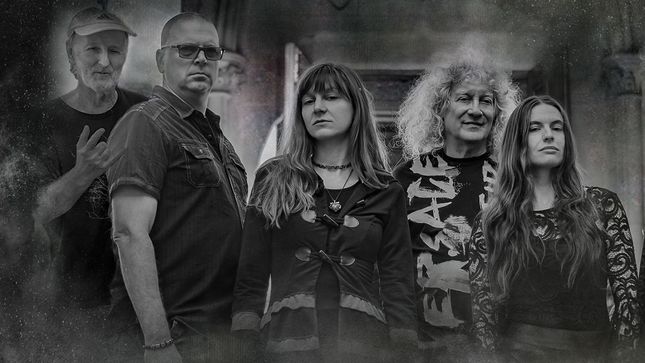 Déjà Hard by AraPacis  is a 4-track old school hard rock EP and features the keyboards of former Rainbow and Max Webster keyboardist David Stone, the versatile guitar playing of leader Jerry Fielden and the original voice of frontwoman Michelle Macpherson and will be released on Blackhouse Records in the fall of 2020. The album is available digitally now on Bandcamp.

AraPacis (Ara-Patches) is a female-fronted metal band hailing from Montreal, Canada. Formed in 2003 by guitarist Jerry Fielden, and fronted by Scots singer Michelle Macpherson, their main goal is to re-create some of the original aspects of 1970's hard rock and progressive rock and fuse it together with 21st Century prog metal, doom metal, and metalcore to make an interesting metal hybrid. AraPacis have shared the stage with acts such as Blaze Bayley, Uli Jon Roth, Anvil, Raven, the Agonist, Doro, etc. They have now released seven albums and three EPs. They have had noted guests on their albums such as Guy LeBlanc (RIP) of Camel, Steph Honde of Di'Anno and Hollywood Monsters, Don Airey of Deep Purple, Rainbow, Jethro Tull, etc., Vinny Appice of Black Sabbath and Dio, David Stone of Rainbow and Max Webster, Kayla Dixon of Witch Mountain, and John Gallagher of Raven, amongst others. Their latest full-length CD, Paradox Of Denial was released in August 2019.