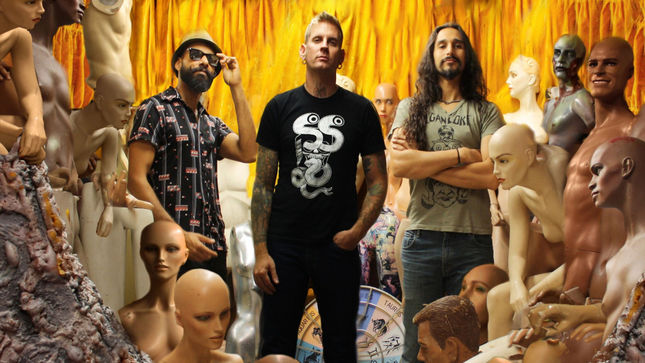 Cosmic synth/psych collective Arcadea is calling on fans to join their galactic battle in a new video game launched today by the band at their site. In the game, fans can play as their favorite space warrior, Brann Dailor (Mastodon), Core Atoms (Zruda) and Raheem Amlani (Withered), jump past the cosmic green hands as you save the universe from impending doom.

Play the game now at this location.

Arcadea recently unleashed their mind-bending self-titled debut album via Relapse Records. A full stream is available below, and you can order the album at this location. 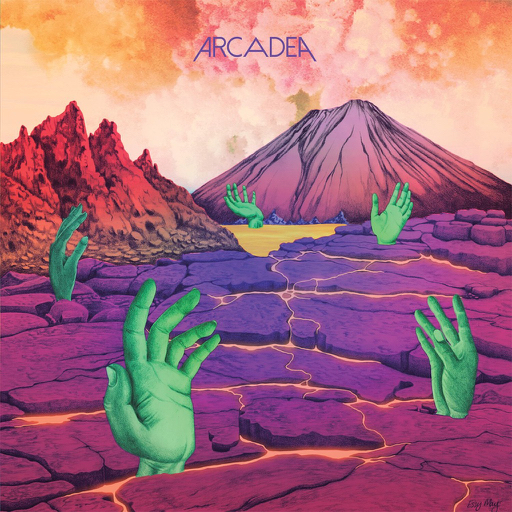 Unlike their other bands, Arcadea uses only keyboards in a unique blend of crushing, organic drums and psychedelic synthesizers. The music is at once electronic but not electronica, synthetic but not processed, heavy but not metal.

The album envisions a future 5 billion years from now, where the impending collision of galaxies creates a new order of planets. Where cold, distant moons pledge alliance to new suns and expanding gas giants implode into black holes. Ancient drones, forever adrift, record toxic tales of love between dying stars. Where lifeforms in suspended animation, dream among the ice rings of Saturn and cosmic war wages among gods and planets. It is in this universe that Arcadea reign supreme as the last surviving space wizards since the final extinction.