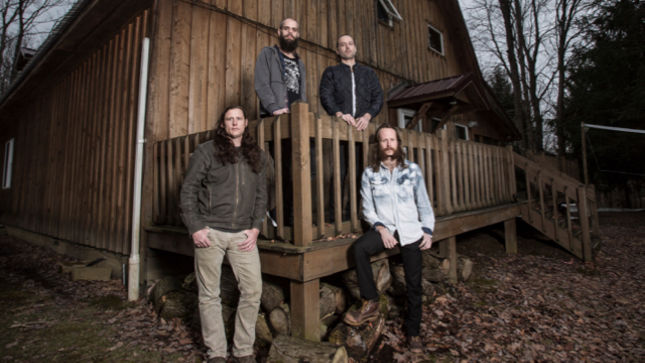 1) TRIBULATION - The Children Of The Night (Century Media)
A victim of high expectations, but also just a victim of being really annoying.

2) PENTAGRAM - Curious Volume (Peaceville)
I was super excited for this, and just absolutely did not connect with it.

3) FALSE PREGNANCY - Dance Your Meat Off!!! (Nailjar Records)
I love grindcore more than most things on this planet, but sometimes it embarrasses the hell out of me.

4) FAITH NO MORE - Sol Invictus (Ipecac)
The frustration I feel around this is insurmountable. Like the Slayer, I just never spin it. I want world-shattering from bands like this, not an album that I literally never reach for. Not bad necessarily, just totally anticlimactic.

5) SLAYER - Repentless (Nuclear Blast)
Yup. You know, it's fine. Lots of good riffs, that's for sure. And I haven't spun it in about six months. When you are Slayer, that shouldn't happen.

Legacy bands putting out albums that are no fun, too long, and ham-fistedly heavy. It doesn't work.

Absolutely did not think Baroness would come in at number one, but, honestly, I wasn't even through my first listen of the stunning, gorgeous Purple when I thought to myself, “This is the album of the year.” And it is. There was stiff competition: numbers two and three are excellent, and far more extreme, discs, with Napalm Death and Pyrrhon doing their manic panic maybe better than ever (Napalm) and, well, definitely better than ever (Pyrrhon). With The Dead absolutely killed it with their fun doom debut. And just look at positions 7, 8, and 9 on my list: it was a great year for grind, and then Nile round out the top 10 with an excellent album that, really, deserves to be much higher in many regards, but my mood this year was more of short, fast grind than the more elaborate and demanding death metal of Nile. There's also some solid stuff in the top 10 from old dogs, bands like Paradise Lost and My Dying Bride bringing the doom with royalty, and Armored Saint delighting with a comeback disc that made me feel damn good to be alive, which has long been that band's calling card, hasn't it? Also, a quick note about the sleeper of the year, Lamb Of God's most recent one initially impressing me then falling off my radar for a while (for no good reason), then coming back with a vengeance... after my top 20 was compiled. Definitely worthy, though; it's a killer album. The bottom half of my list gets even heavier, with the notable exception of Boysetsfire, who put out a fantastic melodic hardcore record this year, barely sneaking on to this very metal list, but what the hell? We got room for all kinds here (update: no we don't, mainly just metal and the occasional hardcore record). Watch out for Sulphur Aeon and Hooded Menace: those are two of the heaviest albums you'll hear in a while. High On Fire and Lord Dying prove that riff still matters, Dystrophy are a great unsigned extremity, and Fuck The Facts still rule. What else in the top 20? Crypt Sermon kept it classy with their doom/trad, and Raised Fist's hysterically energetic hardcore will always have a place in our cold metal hearts. Holy shit: 2015 was an amazing year for metal, especially considering there's a good 10 more albums fighting to get in here. Not bad at all.

As has been the trend for the past few years, the most exciting underground music is some of the most extreme, with sewer-grade metal of death and bestial sulfuric blackthrash getting the adrenaline pumping best.