Celebrate Halloween With PANTERA's “By Demons Be Driven” And The Legend Of The Chupacabra; Visualizer 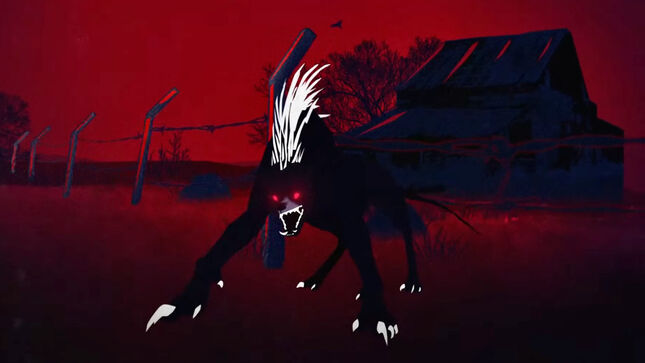 Celebrate Halloween with Pantera’s “By Demons Be Driven” and the legend of The Chupacabra from Puerto Rico.

The story of the Chupacabra may seem ancient, but this terror is as fresh and new as your favorite vintage bucket hat. Sightings of the Chupacabra were first reported in 1995. Yes, year between the releases of Far Beyond Driven and The Great Southern Trendkill. The earliest reports were not of the creature itself - just of its effects. Dead animals - cows, goats, chickens - drained of all their blood, with only two small puncture wounds to explain it.

The damage echoed that of an earlier fiend - El Vampiro de Moca - the scourge of a small town in Puerto Rico, who, in 1975, ravaged the towns farm animals and similarly deprived the creatures of all of their blood. The Chupacabra remains elusive - sightings have been reported from Puerto Rico to the mainland of both North and South America, and as far away as India. Witnesses describe a large dog-like creature, rabid-seeming, with huge fangs and red eyes. While skeptics might sense an exaggeration due to fear, the witnesses know what they saw…

For more ghost stories and legends from around the world and the ultimate Halloween playlists, click here.