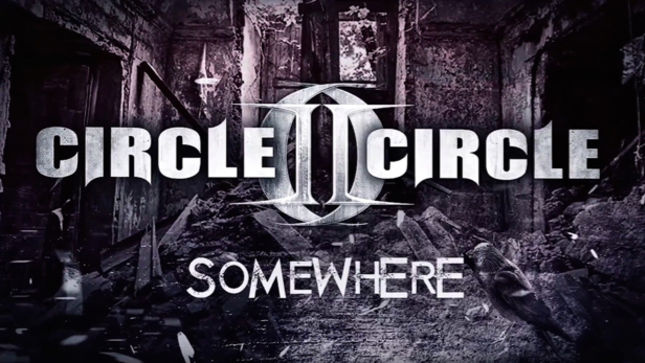 Circle II Circle, featuring Savatage frontman Zak Stevens, have released a lyric video for “Somewhere”, a track from their Reign Of Darkness album, released last year via earMUSIC. Watch below:

Circle II Circle is a band that has been reinventing themselves through the years, but maintaining that signature sound that fans around the world love – Reign Of Darkness is no exception to that attitude, bringing out the very best, Circle II Circle has to offer.

“You might say that Reign Of Darkness represents a musical reinvention for us, but the minute you hear each song you know right away that it‘s CIIC. We wanted to pay homage to the past, but we also wanted to create a musical renaissance within our genre that is fresh and energetic. This is an album that will positively pave the way for our future.”- Zak Stevens

“Victim Of The Night”:

Circle II Circle have announced headline tour dates for Europe in support of their new album, Reign Of Darkness. The tour will kick off on April 26th in Nuremberg, Germany and wrap up on May 16th in Prague, Czech Republic. The complete schedule can be viewed below. 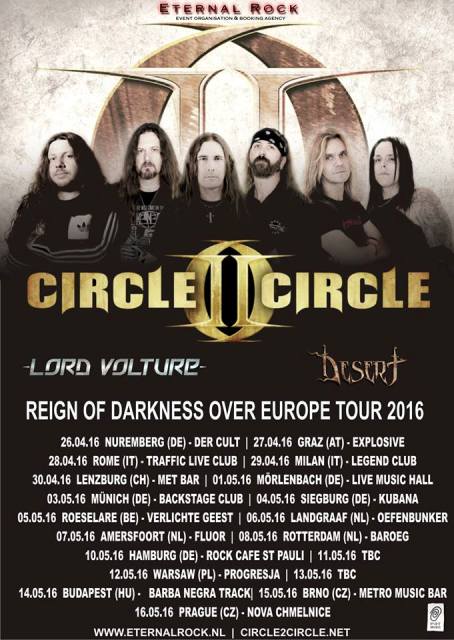