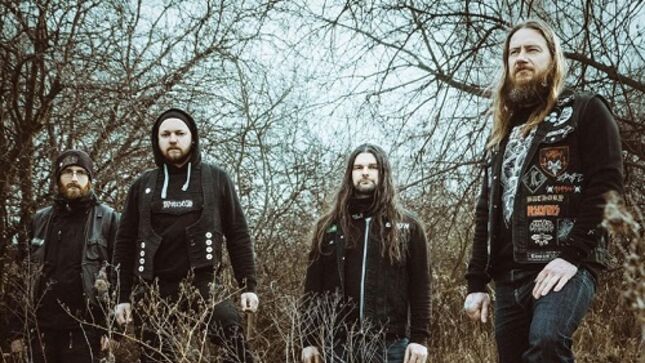 German doom / sludge metal quartet Confusion Master has issued a new video for the mammoth “Viking X”. The song serves as the new single from the band’s impending second LP, Haunted, set for a November 19th release through Exile On Mainstream.

Haunted was recorded during the encompassing Winter desolation of 2020, captured by Lutz Baumann at various live sessions in multiple rooms and practice studios, after which it was mastered by James Plotkin (Khanate, Pelican). Clearly not to be mistaken for a love and peace affair, but channeling hardcore anger in its purity, the result is a bonafide gain in horror cosmic doom with a strong Lovecraftian existential swirl, as reflected in the stunning cover illustration by Antonio Ilievsky / Pig Hands.

The lead track on Haunted, “Viking X”, is a thundering, groove heavy, ten-and-a-half-minute movement that encompasses the Confusion Master sound. “The layers of human condition rightly placed anger against evil,” says the band. “Those of us who choose differently never surrender.”

Haunted will see release through Exile On Mainstream on November 19th through all digital services as well as 12” vinyl, with a bundled CD which features one bonus track not on the vinyl. Additionally, two limited fan editions of the album will also be released, each including with special pressing/packaging attributes, additional bonus material and merch, and a cassette release, Live At Fusion Festival.

Find pre-orders for all physical editions of Confusion Master’s Haunted at this location.