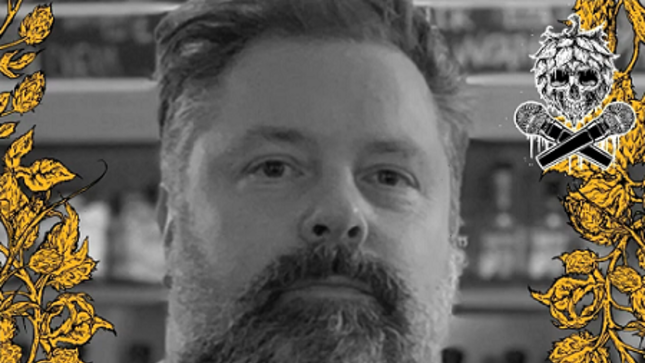 Former In Flames bassist Peter Iwers, who was in the band from 1997 to 2016, was recently interviewed by Cryptopsy vocalist Matt McGachy on the new episode of Vox&Hops.

During Peter's chat with Vox&Hops, which can be viewed below, topics of conversation include how they coped with 2020, his first brews, the Swedish Metal Scene, leaving In Flames and starting a Craft Beer Brewery, the Swedish Craft Beer Scene, his memories of playing Montreal, if he ever misses touring, collaborative brews, spreading their love of metal, and his hangover cure.

Iwers was asked if he ever misses being on the road? The bassist answered: "Yeah, absolutely. Well, 'miss' is kind of the wrong word. I loved being on the road for most of the years that I was with (In Flames), and I miss the good times. I have no regrets as far as leaving, but, of course, sometimes I really miss just being free and out and playing shows and travelling to new places every day. But I have plans. Maybe this will happen again in the future — not with In Flames, though, but, yeah, we'll see."

Elaborating further: "I'm kind of not missing spending time thinking about stuff like that. I'm kind of more living where I am now, where I'm actually free to do whatever I can with my own time. I own my own time, as I like to say; I can plan it however I like it. And I'm kind of focusing on enjoying that rather than missing the past... It's fun to reminisce, but at the same time, it can take you down a dangerous road as well."