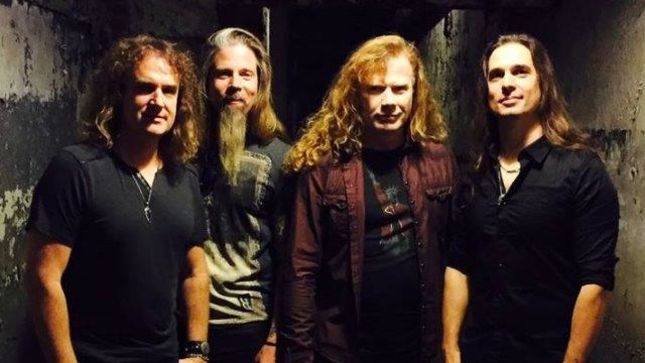 Q: Which of the riffs on Dystopia are you fondest of?

Q: Speaking of demonic-sounding stuff, when you reconnected with your faith, how did that affect your music? Were there records you used to listen to that you just couldn’t get into anymore?

A: “Well, it’s like I explained when that first happened for me: It was private, it was nobody’s business but my own and there was certain things that I just didn’t know about and rather than continue to do them and not know what the fuck I’m doing I wanted to just kind of put it on the shelf for a minute and see if I had a new truth with something. And if not I could always pick it back up, right?”