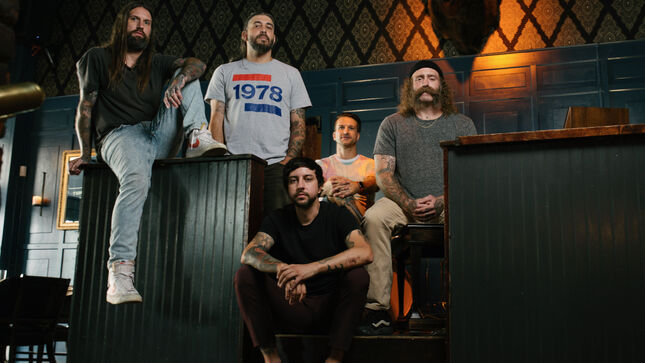 Every Time I Die will release their ninth studio album, Radical, on October 22 via Epitaph. Produced by Will Putney (Acacia Strain, Body Count, The Amity Affliction), Radical is the follow-up to 2016’s Low Teens. Pre-order here, and watch a lyric video for the new single "Planet Shit" below.

While inspired by the unrest and upheaval around the world over the past five years, Radical focuses on humanity, decency, self-worth, and even a bit of spirituality more so than politics.

“I’m dealing with difficult matters this time that isn’t only personal for me but are also universal and more communal experiences,” Keith explains. “The songs are realistic in that they acknowledge that things require a lot of work. But it’s ultimately a very hopeful and uplifting record.”

Radical is 16 tracks of peak-ETID, alchemized by a swampy summoning of southern rock and coarse poetry, the music swirls beneath sardonic and clever wordplay, cementing the band as leaders, not followers.

The band will be touring the UK early next year. Tickets are on sale now. Supporting them on the tour will be The Bronx, Jesus Piece and Sanction. For more information, head here

Every Time I Die is: