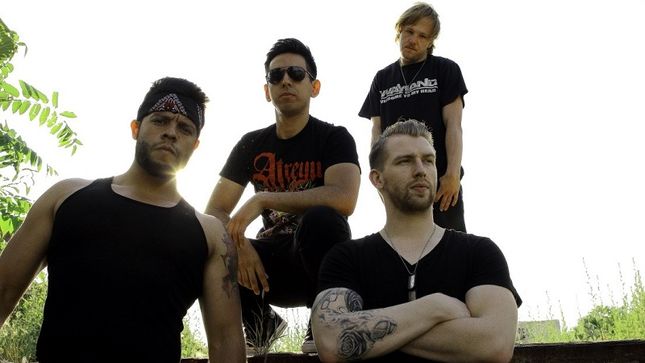 Chicago based hard rock band Remada has premiered the video for their latest single titled “A Better Tomorrow” off of their upcoming EP due out on April 29th. The video was shot in Gary, Indiana, filmed by Nick Frollo and was directed by Nick Frollo and vocalist Matt Daniels.

“Being my first music video shoot it was a life changing experience. It was extremely interesting to see the work put in behind the scenes and then reviewing the final product. We're all super happy with it." - Ahmed Forero (bass/vocals)

Remada, originally formed as a rock/rap group in 2014 has combined the word-play of a seasoned emcee with the melodies, guitar work and stage presence of a shredding rock band. Originating from the suburbs of Chicago, IL, Remada first developed in the rap scene playing with artists such as Kirko Bangz, Ice Cube, Yelawolf and even had the privilege to direct a music video with Chicago’s renowned film maker “DGainz.” Forming a new approach to the group after adding guitarist Danny Siavichay, bassist/vocalist Ahmed Forero, and drummer Shan Smith they blend the many influences together to form an unforgettable show.

Their movement that is quickly sweeping the underground scene, formally known as “Music Heals” has become their niche that they base their music and video series “My Reality To Choke Upon” off of. Their influences range from Avenged Sevenfold, Linkin Park, Bring Me The Horizon, Limp Bizkit and many others.