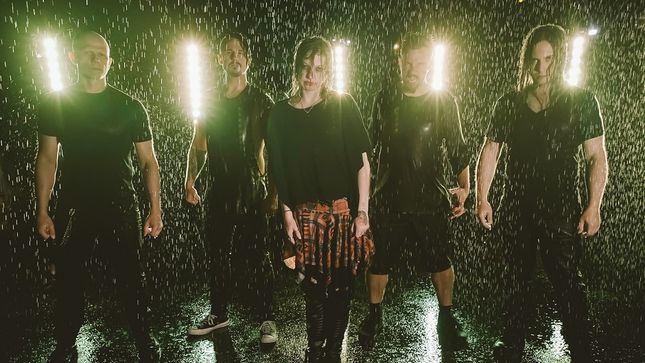 Canadian power metallers The Order of Chaos will be unleashing their new EP Night Terror on February 23rd, 2018 to follow their 2015 full-length Apocalypse Moon (Killer Metal Records) that took the band on tours across China, Europe and Canada. The epic three song EP was produced by Nathan Kidd & Dave Stoten at Method Music Productions in Edmonton, AB represents their most mature and dynamic songwriting effort to date.

BraveWords is teaming up with the band to premier their new video for the EP's title track "Night Terror" directed and produced by their very own bassist Barrett Klesko who runs FadeBack Studios United.

"We are incredibly excited to share 'Night Terror' with everyone who has supported us through the years as well as all heavy metal fanatics around the world!" Our new single presents a new sound and modern direction for The Order of Chaos, one that we couldn't be more ready to take to the stage!"