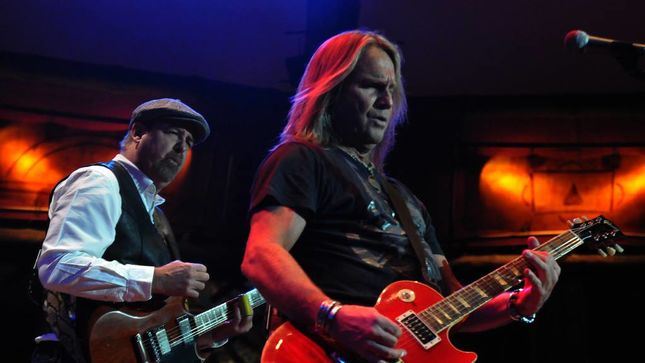 Fans of one of classic rock’s all-time great acts, Foghat, have a lot to look forward to this year, including the 40th anniversary of their double platinum album, Foghat Live. To celebrate the occasion these veteran rockers are releasing Live At The Belly Up, yet another great live performance from last year’s show at the Belly Up Tavern in Solana Beach, California. And for the 2017 tour these road warriors will be playing the entire 1977 live album in their set to continue the party.

Always known for their dynamic live shows, a ‘live’ record is just what the doctor ordered to capture the onstage energy and sheer fun that these guys have on stage. Formed in 1971 in London, England, Foghat has amassed eight gold records, one platinum, and one double platinum record. They’ve scored hits with the songs "Slow Ride”, "Fool For The City”, a cover of "I Just Want To Make Love To You”, “Stone Blue” and "Third Time Lucky (First Time I Was a Fool)”, all of which are still in regular rotation on classic rock radio.

2016 was a fantastic year for the band as their studio album Under The Influence was released both on vinyl and CD to great acclaim. And now, in 2017, fans of Foghat have not only a new live release to look forward to but also a very healthy and interesting tour schedule.

Live At The Belly Up, issued in February digitally, will drop on June 30th on Foghat Records as a CD version.

In anticipation of the June 30th physical release, Foghat is launching a campaign through PledgeMusic for fans to pre-order the CD along with exclusive Foghat Live At The Belly Up custom merchandise and experiences for purchase.

Recorded on August 11th, 2016, Live At The Belly Up, opens with the one-two punch of “Fool For The City” and “Eight Days On The Road” and doesn’t let up until the last note of the raucous 10 minute, no-holds-barred set closer “Slow Ride”. The set list is a solid representation of the band’s body of work to date. Three tracks from Under The Influence make their live recording debut as well, “Under The Influence”, “Knock It Off” and “Hot Mama”. According to lead singer Charlie Huhn, “The band just wants to make sure that after every show, fans are convinced they just got rocked, from the second we start the first song to the end of the show.” Live At The Belly Up proves that Foghat is delivering on that commitment.

A clip of the “Slow Ride” performance at the Belly Up can be seen below. 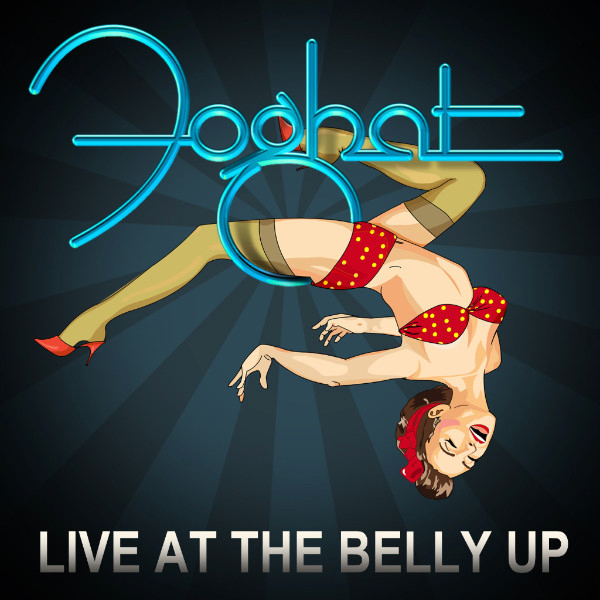 Live At The Belly Up tracklisting:

The members of Foghat just love to play, and their long tradition of relentless touring continues with lots of shows lined up for 2017. The next two will be at two very cool clubs in the LA area, The Rose in Pasadena on May 25th and The Canyon Club in Agoura Hills on May 26th. Then on to a very full schedule for the rest of the year.

Of note, the band will be doing the Jeff & Larry Backyard Barbeque, a Live Nation tour with Jeff Foxworthy & Larry the Cable Guy. A very cool new idea for an evening of comedy and rock. Below are the confirmed dates that Foghat will be appearing on so far. More info here.

In addition to these shows they are also doing a number of Rock Of The 70’s shows with Atlanta Rhythm Section, Pure Prairie League, Pat Travers Band and Poco.

And as if that wasn’t enough fun, Foghat will be doing the Rock Getaway in Mexico at the end of the year for two weeks of great music on the Riviera Maya in Mexico from October 26th through November 5th. This will be a once in a lifetime experience for music lovers with an amazing lineup of world class entertainment including Santana, Don Henley, Roger Daltrey, Bad Company, Pat Benatar, Steve Miller, Foreigner, Cheap Trick, George Thorogood, REO and more - this is one festival you won’t want to miss. Head here for details.

And there you have it - Foghat’s itinerary for 2017. Come out for a guaranteed rocking good time. According to Foghat drummer Roger Earl, “Not bad for a bunch of old bastards!”