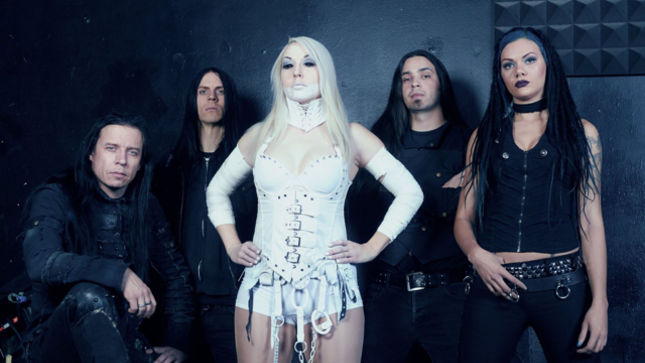 White Empress, the band founded by former Cradle Of Filth guitarist Paul Allender, are busy gearing up for an extremely busy 2015, which sees them head to Japan in May, with many more shows across the world currently in the works.

White Empress are scheduled to perform along with Belphegor at Club Quattro in Shibuya, Japan on Tuesday, May 12th at part of Masa Ito / Rock TV’s BURRN! 30th Anniversary, Rock Of Chaos Vol. 1. Tickets will go on sale on Saturday, March 7th.

Allender states: "As a band we have a ton of stuff planned for 2015. Firstly we are going overseas to play for our Japanese fans in May as well, as some warm up shows in the US prior to the Japanese dates. The shows are being recorded, so watch this space for future releases. We are extremely excited to get out on the road for you all and play. We will be meeting anyone who wishes to 'meet and greet' before or after the shows, or both. We have a European booking agent on board now who is working very hard to filling up 2015 dates. White Empress is all about the live experience, so come see us."

Formed by guitarist Paul Allender and with a full band lineup, this new venture into the metal landscape under the moniker of White Empress exudes the depth and ferocity of his prior work whilst pushing new boundaries. Allender's signature razor-sharp riffing and epic, melodic twists and turns compliment the sumptuously alluring and often demonic voice of Mary Zimmer (Luna Mortis) to create a master class in savage, yet uplifting metallic darkness.

The album was recorded in White Empress' studio and has been mixed and mastered by veteran producer, Kit Woolven (Thin Lizzy, Cradle Of Filth). With Allender's relentless guitar and Zimmer's diverse vocals, ranging from operatic to death metal screams, White Empress is exploring new areas of metal.

"The Ecstatic And The Sorrow" video:

Rise Of The Empress track-by-track: