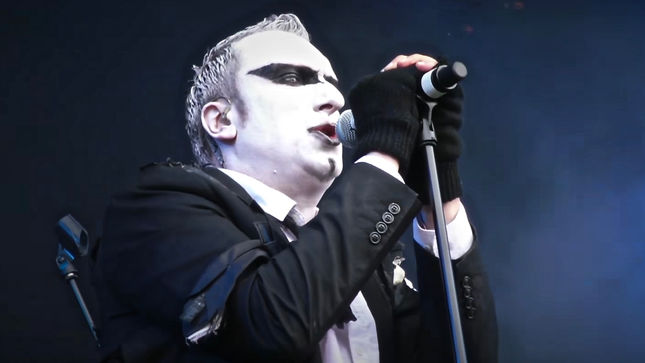 Norwegian dark metal masters, Gothminister, will release their sixth studio album, The Other Side, on October 13th worldwide via AFM Records. You can pre-order your copy here. A music video for “Der Fliegende Mann” can be found below.

With tracks like “Devil” (Gothic Electronic Anthems 2003), “Monsters” (Empire of Dark Salvation 2005), “Darkside” (Happiness In Darkness 2008), “Liar” (Anima Inferna 2011) and “Utopia” (Utopia 2013), the last single from the CD/DVD horror movie concept album which even reached the national finals of the Norwegian Eurovision contest, Gothminister has gotten a significant following of fans through the years. His new album The Other Side, produced, mixed and mastered by Henning Verlage (Unheilig, Eisbrecher), exceeds even the highest expectations. Powerful metal riffs march relentlessly arm in arm with huge orchestras and heavenly choirs.

The Master himself reveals an astonishing range of vocal-art: from the deepest Gothic-dungeons up to the higher spheres of steaming rock. The Other Side is about spiritistic seances, and supernatural experiences. And again, Gothminister find it in the dark and unknown, where the greatest inspiration lies from within the motto Happiness In Darkness, as he sings in the opening track “Ich Will Alles” (I want everything): “Cause I have darkness on my mind - It is the sign of the times”