GREAT WHITE Guitarist MARK KENDALL Tells Story Of "Once Bitten, Twice Shy" - "We Had No Idea That It Was Going To Take On It's Own Life"; Video 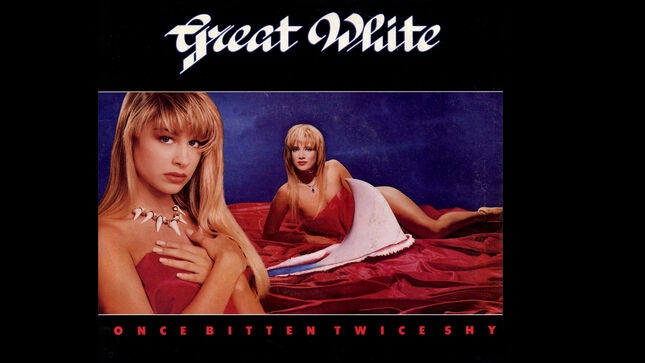 "Up next, a song that was a hit in the 70s and 80s by two different artists. First for a former member of Mott The Hoople (lead singer Ian Hunter) and then for one of the breakout glam metal band of the late 80s, Great White, who took it all the way to the Top 5 in the summer of 1989. The Idea to remake 'Once Bitten, Twice Shy' was given to them by Guns N' Roses. Mark Kendall, the guitarist and co-founder of this metal band, tells the story next on Professor Of Rock."