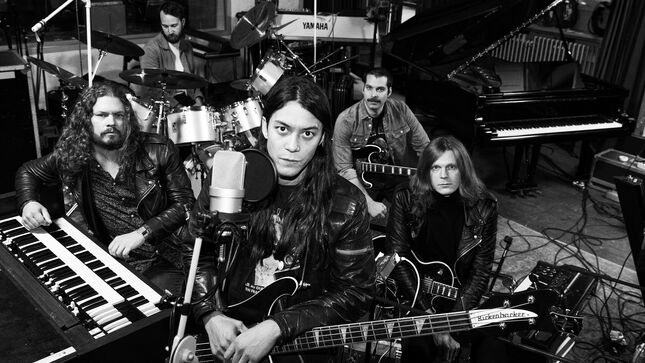 Rising Swedish “adventure rock” stars, Hällas, return with an evocative, feel-good blend of nostalgic 70’s hard rock, prog, proto-metal, folk and psychedelic influences on their upcoming third studio album, Isle Of Wisdom, out April 8 via Napalm Records. This collection of fresh tracks allows the listener to emerge in a brand new realm soaked in mystery and retro atmosphere - key features of Hällas’ fantasy and sci-fi driven auditory aesthetic. Isle Of Wisdom, the successor to Hällas’ full-length offering Conundrum (Top 50 on the Swedish Charts, P3 Guld Award nominee), is set for release just before they hit the road on an extensive European tour.

To enter the mystical universe and get a first glimpse of what lies ahead, the Swedish five-piece has already unveiled the first two songs - the first single “Earl’s Theme”, together with a new video, and the bonus single “Stygian Depths”. “Earl’s Theme” starts off with an evocative guitar intro and a focus on Tommy Alexandersson's unique vocal tone as retro synths develop the song dynamically, drawing the listener into a thrilling cosmos between fantasy and sci-fi, while “Stygian Depths” takes that emotion straight from the first notes and evolves into an anthem exemplifying the band’s brand: adventure rock.

Hällas on “Earl’s Theme”: ”When you finally take the step and say to yourself: This is the way I want to live. Then he turns up - The Earl - and this is his song.”

Check out Hällas’ visualizer for “Earl’s Theme”, and listen Stygian Depths", below.

Isle Of Wisdom starts with synthy “Birth Into Darkness”, with an incredibly clever topline from the one of a kind vocals of singer and bassist Tommy Alexandersson. The musical journey continues with the mystical single “Earl’s Theme” embellished by choral voices, and proceeds with exceptional “Elusion’s Gate” - a piece that, by making room for the guitar lines of Alexander Moraitis and Marcus Petersson, highlights the overall epic and mysterious atmosphere of the album. Isle Of Wisdom was produced in collaboration with Linn Fijal and Vilma Colling at Riksmixningsverket studio, which has hosted the diverse likes of Arch Enemy, ABBA and Celine Dion. Comprised of eight bold opuses, Isle Of Wisdom is a deft new step in the noteworthy sonic trajectory of Hällas, cementing them as a band to watch.

Hällas on Isle Of Wisdom: "An escape from unwanted happenings doesn't always lead you towards the better as danger can be found in any universe or time. Welcome to the Isle of Wisdom." 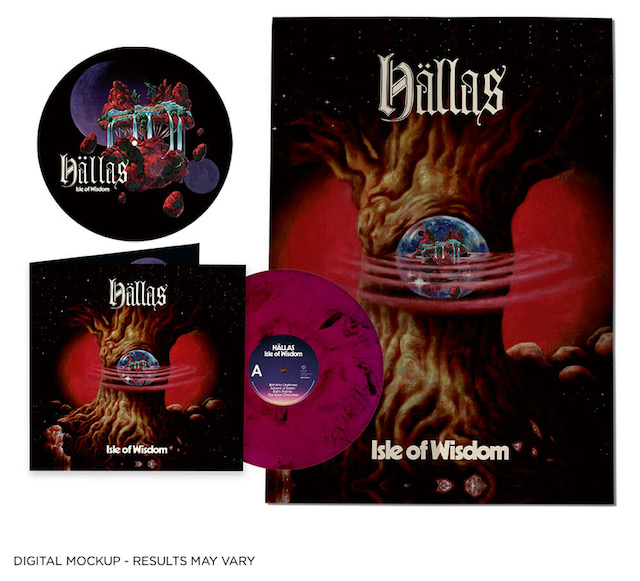 Isle Of Wisdom will be available in the following formats: 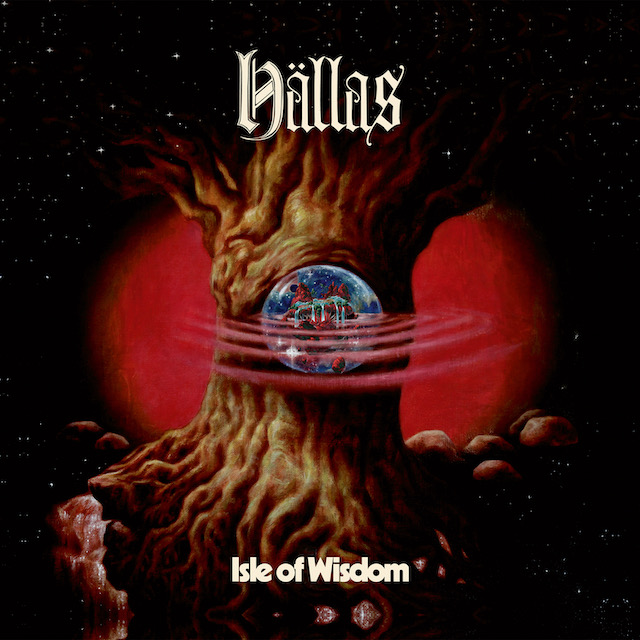 Formed in 2011 and named after the main character featured in the stories of their lyrics - a knight in a parallel medieval universe destined to take part in a religious war caused by a tyrannical queen - Hällas are the originators of the "Adventure Rock" genre, devoting themselves to the aforementioned sonic fusion and eccentric imagery inspired by rock greats of yore with a fantastical twist.