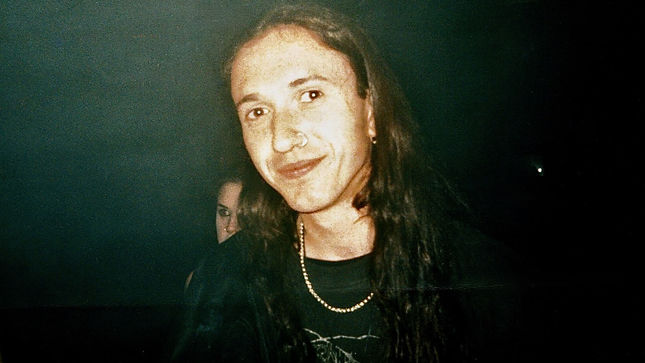 British blackened death metal pioneers, Hecate Enthroned, are mourning the passing of their original guitarist, Marc, who appeared on the band's 1995 demo An Ode For A Haunted Wood, their 1995 EP Upon Promeathean Shores (Unscriptured Waters), and their 1997 debut album The Slaughter Of Innocence, A Requiem For The Mighty

A message from the band states: "With the deepest of regrets, we have the hardest time to let you know that Marc, our original guitarist (An Ode to A Haunted Wood, Upon Promeathean Shores, The Slaughter Of Innocence) has sadly passed away.

"Nige (Dennen) formed Amethyst with Marc which started their musical adventure way back around 1992, which was a precursor to Daemonum, as you know, later became Hecate Enthroned.

"Marc had no ego. He was a true, genuine friend and one that people could relax around and be able to be yourself - an important trait in a band. He had a raw passion for music and especially his guitar playing which was based on the “feel” of the music and a fine pairing for Nige as they were very similar often pre-empting each other’s riffs. The band experienced pivotal musical moments with Marc and together formed a forever bond - the witnessing of the, then, new wave of Black Metal and living that lifestyle.

"We are eternally saddened by the passing of our metal brother... Until we meet again.

“…Drink deep, in the promises of Midnight.”