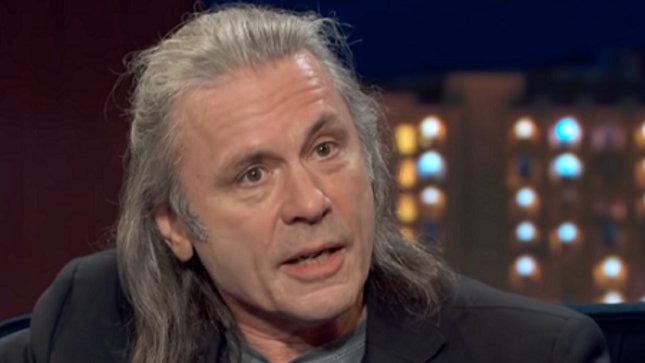 Iron Maiden vocalist Bruce Dickinson recently appeared on Spanish late night talk show, Late Motiv, hosted by Andreu Buenafuente. During the interview, which can be seen below, the host asks the questions in Spanish, yet Dickinson is wearing an earpiece through which he receives the English translation. An excerpt has been transcribed as follows:

Is Iron Maiden thinking about retiring?

Bruce: "As far as I'm concerned anyway, I don't see any reason why we should ever retire. As an airline captain, I was always told that nobody ever dies on an airplane. Even if the guy's head is severed from his body, he's not dead, because if the boss, the captain… If somebody says, 'The guy's head has fallen off.' 'Well, is he dead?' 'Well, he's not dead until somebody legally says he's dead.' So, nobody dies until somebody stands up and says, 'Yup. He's definitely dead.' 'Ha! You're responsible then. You killed him.' So, it's the same with rock and roll bands. We will never die. Even if we are actually dead, we will still never actually die."

When asked about Iron Maiden's lyrics:

Bruce: "We write songs about death, resurrection, war, famine, plague, but it makes everybody happy. What could possibly go wrong? I mean, you come along and see one of our shows, and you get everything on display. The most recent tour we had took place in three acts, if you like, during the show. We had war, which brings out both the best and the worst aspects of humanity. There's all the drama there in war. And then we move on to religion, which brings out the best and the worst aspects of humanity. And then we go to, after religion, of course, you end up in hell, which brings out all the best and all the worst aspects of humanity. 'Cause let's face it: where are all the really cool people gonna be? If you're gonna have a party, where is it gonna be? It's gonna be in hell. Anybody who's had any fun is gonna be down there… As AC/DC said, 'Hell ain't a bad place to be.'"

Iron Maiden return to the road in July. Maiden’s 2019 North, South and Central America tour comprises 41 shows in six countries, which, combined with their 2018 European dates means that by the end of this tour, the band will have taken the Legacy Of The Beast show to over one and three quarters of a million fans around the globe. Support on the 2019 tour comes from The Raven Age. 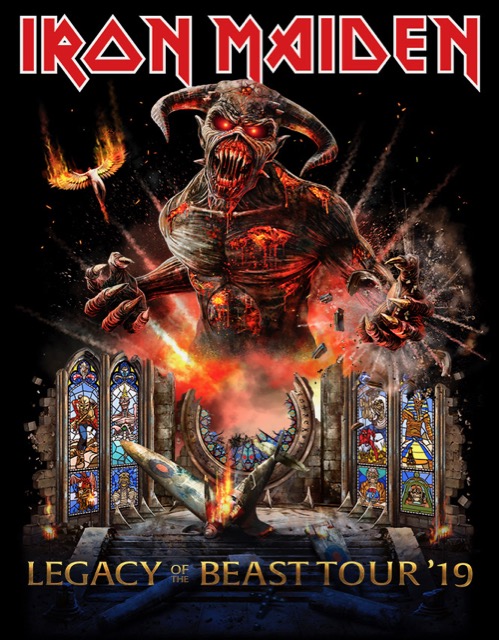