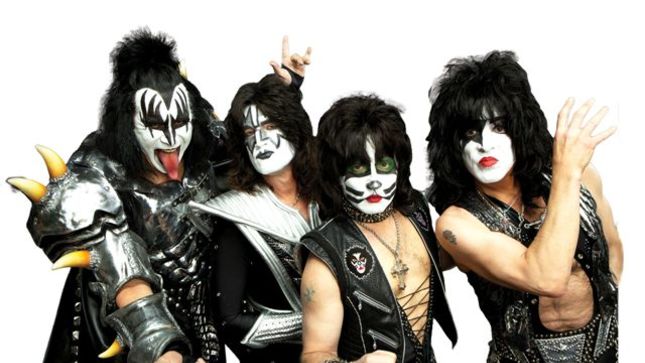 KISS have been confirmed to play the Oeiras Municipal Stadium in Lisbon, Portugal on Tuesday, July 10th. Megadeth are on the bill as special guests. Tickets are on sale now at this location. 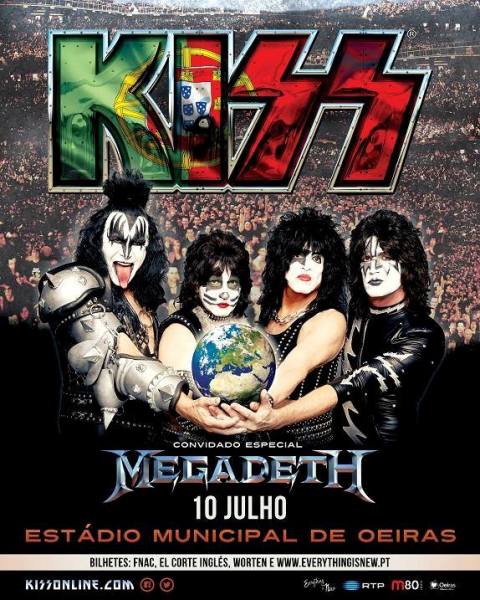 Megadeth leader Dave Mustaine has responded to fans seeking information on Megadeth's follow-up to their 2016 album, Dystopia. He reveals that the band, "haven't started recording anything yet", and that he is currently "collecting ideas just like I did on Dystopia". He also states that the band will begin recording the new album in mid-2018. A 2019 release is expected for the new album.

we haven't started recording anything yet. I am collecting ideas just like I did on Dystopia... https://t.co/gpbrCLBIDg

I work in the studio all the time. Do yo mean for the new record? That will be prolly the mid of 18. https://t.co/H0wUhlbg0h

Ellefson said, “This year, in 2018, we were thinking, 'We'll probably be off the road for a lot of the year working on a new album.' Next thing you know, all of a sudden, we're on tour through all of June in Europe doing festivals, and things are starting to fall in around it. So it's kind of the beauty of where the band is at these days where, obviously, we create and make new music, but at the same time, we've got these generational fans. And even young fans, who may have discovered the band on [2016's] Dystopia, they wanna go back and learn, so they learn about Killing Is My Business and Peace Sells and Rust In Peace and all this stuff. So it's kind of like our phone keeps ringing to go out and keep playing and do stuff. And I think that's a really cool place in our career right now to be at."