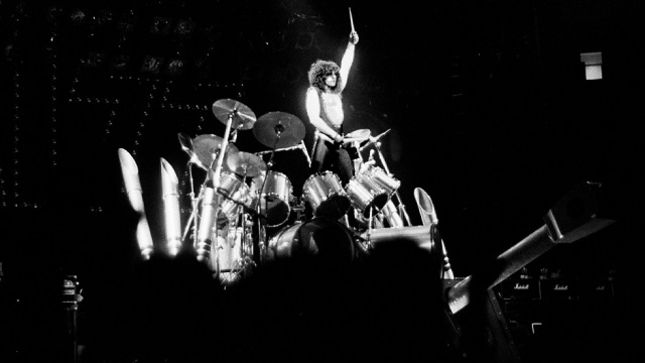 Late KISS drummer Eric Carr (real name Paul Charles Caravello), would’ve turned 70 today and his bandmates have paid tribute to him by posting his Animalize drum solo on YouTube below.

Says the band: “Take a moment to remember our friend Eric Carr, who would have turned 70 today.”

Carr - who passed away on November 24, 1991 from heart cancer - replaced original drummer Peter Criss and played on KISS albums from 1981’s Music From The Elder up until 1989’s Hot In The Shade.