L.A. GUNS Vocalist PHIL LEWIS - "I Never Expected It To Have The Longevity That It Has Had"; New 80’s Glam Metalcast Streaming 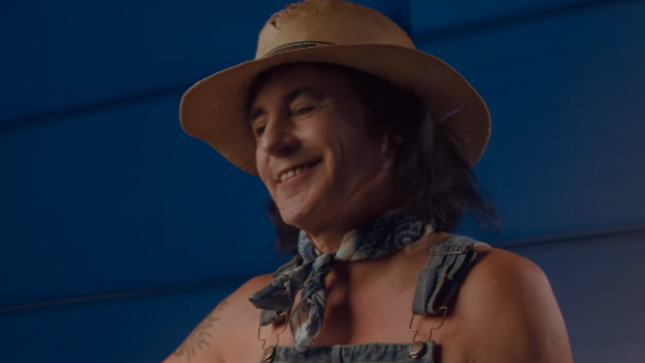 L.A. Guns will release their new album, Checkered Past, on November 12. Vocalist Phil Lewis is featured in the latest episode of the 80’s Glam Metalcast. Listen below, an excerpt has been transcribed as follows:

On what to expect from the new album, Checkered Past:

"A bit of everything. It’s all good, no bad! It’s a great record that we’re all very proud of. It’s the third one we’ve released since Tracii and I buried the hatchet around five years ago. It’s titled Checkered Past because no one has a more of a checkered past than Tracii and I. Once you get the title, the whole thing falls into place. This album has a lot of personality and a lot of variety in it. We’ve got balls out in your face stuff like 'Cannonball'. Then we’ve got some tricky, atmospheric. It’s never boring, it’s not a one dimensional record."

On the surprise longevity of L.A. Guns:

"I thought it would be a nice opportunity for me to go out to Hollywood and have a nice holiday for a couple months. Honestly, I swear to God I thought that would be it. A fun romp, a little adventure... something I would always remember. That was a long time ago. Then things just snowballed. Girl was my first band when I was in my late teens, early 20s. It was around the same time that Def Leppard and Iron Maiden started. Bands like Maiden and Def Leppard, it was clear they were going to have a legacy. You could tell if their career was a book, it would be a leather-bound, 10 book set. I always said Girl was like a two-page poem. It was never designed to stick around for a long time. I’m so glad that Girl didn’t hit the jackpot, because I wasn’t ready for it... and I didn’t want it. As far as L.A. Guns go, I never expected it to have the longevity that it has had. Once you start selling records and getting played on the radio, a few gold records... it changes everything, it really does. It’s been a lot of work... but it’s given us a 30 plus year legacy... and by God we’ve had a lot of fun!"

On rewriting songs for the 1988 debut:

"The first album, I consider to a bit of a salvage project. Tracii, in one form or another, had been playing under the L.A. Guns name since 1984. He had accumulated a lot of songs and a lot of ideas. With the singer before me, they had done some recordings and a quite a lot of writing. Certain songs were already written and recorded with the other singer. It wasn’t that I didn’t want to sing the stuff he did, I couldn’t understand what he was singing. I’d slow down the cassette and all I could hear was this weird mumbling. I certainly didn’t want that. If there were fantastic lyrics and good songs, that would be one thing. I wouldn’t have touched them if I didn’t think I could make it better. Very much a salvage job on the first one. Once we got to Cocked And Loaded, it was a clean slate. We were starting an album from scratch, no songs had been lying around. Cocked And Loaded was my real first L.A. Guns album. I’m honored to be on the debut, and I love it... but I felt like a visitor. For Cocked And Loaded I felt like a integral band member."