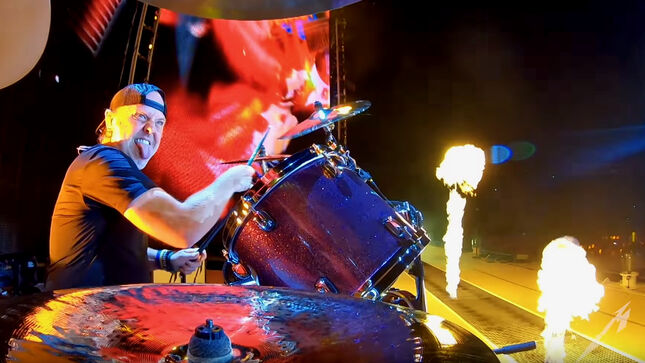 Asked about the progress of Metallica's next studio album, Lars answers: “Glacial. These are the craziest of times and nothing is letting up. There’s a little bit of movement [in that direction], but it’s hard to do a lot when we’re not together.”

In regards to Metallica's follow up to 2016’s Hardwired... To Self Destruct, Ulrich previously told Classic Rock that it will be the best album they’ve ever made.

“It’s the heaviest thing, the coolest," Ulrich said. "But all kidding aside, if it wasn’t because we thought that the best record was still ahead of us, then why keep doing it? In Metallica we love the creative process, and it’s hard for me to imagine that we’ll ever stop making records."

2021 kicks off with a load of new Metallica colored vinyl coming to Walmart stores across the US. The Black Album and Hardwired...To Self-Destruct will be available alongside remastered versions of Kill ‘Em All, Ride The Lightning, Master Of Puppets, and ...And Justice for All in new and exclusive colours while supplies last.

All six albums will hit Walmart store shelves on January 29, but stock is limited. Reserve yours today by pre-ordering directly from Walmart.com.