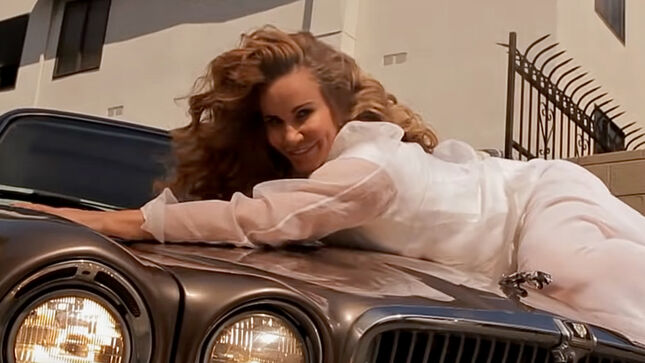 Tawny Kitaen was writing her autobiography before her death last week at age 59. The actress and model passed away in Newport Beach, California on Friday, May 7.

WBAP News/Talk is reporting that in one of her final interviews with the Behind The Velvet Rope podcast, which was released in a series of videos on YouTube Monday, Tawny revealed she was putting pen to paper and documenting her life.

“I am in the middle of writing a book right now because if I don’t write my life story somebody else is going to and they are going to do it off of sound clips that aren’t true and not real about me, so it’s really, really important that I get my book out,” she said in one video clip.

Kitaen said that she would be happy, “even if I only sell two copies,” adding that she would do a follow-up interview after the book is published because there would be “a lot more secrets we can talk about.”

During the interview, Kitaen also revealed that she dated disgraced movie mogul Harvey Weinstein in the ’80s for a few weeks. She explained that “nothing ever happened” between the two of them and described him as a “complete gentleman,” which is why she was “completely blown away and disgusted” when she learned about the accusations against him.

Tawny starred in a number of Whitesnake videos, and was briefly married to band's lead singer, David Coverdale. Prior to that, she dated late Ratt guitarist Robbin Crosby, and was featured on the cover of that band's self-titled debut EP, as well as their Out Of The Cellar album. She also appeared in Ratt's "Back For More" video.