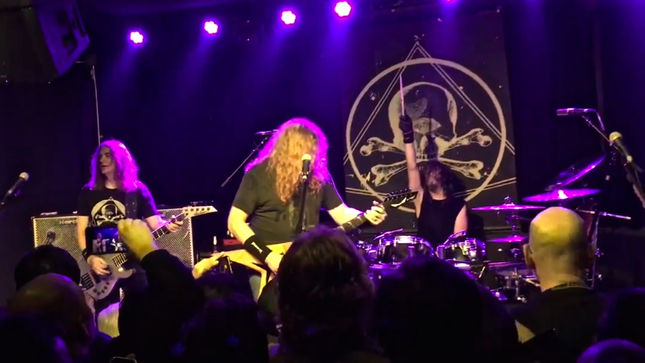 Check out some fan-filmed video from the event, streaming below:

For the remaining days of 2016, Megadeth is the featured performer and also nominated for Album Of The Year, Song Of The Year, Best Guitarist and Best Drummer at this years’ Revolver Music Awards, being held in New York tonight, December 13th. Dave Mustaine will also receive the Lifetime Achievement award. Megadeth will also perform on Late Night With Seth Meyers on December 15th.