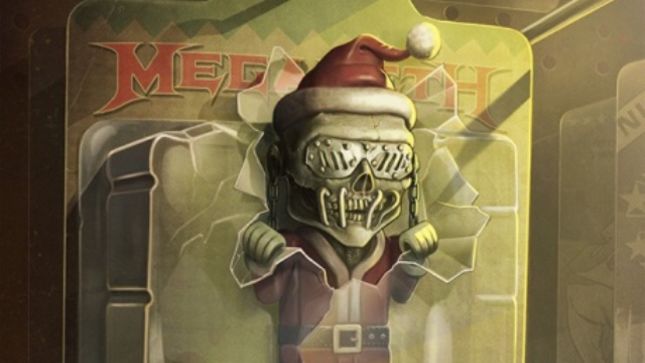 As every year, Megadeth invited the fans to take part in a Christmas Card contest for 2016. The three winning entries can be viewed below, go to this location to see the runners up. 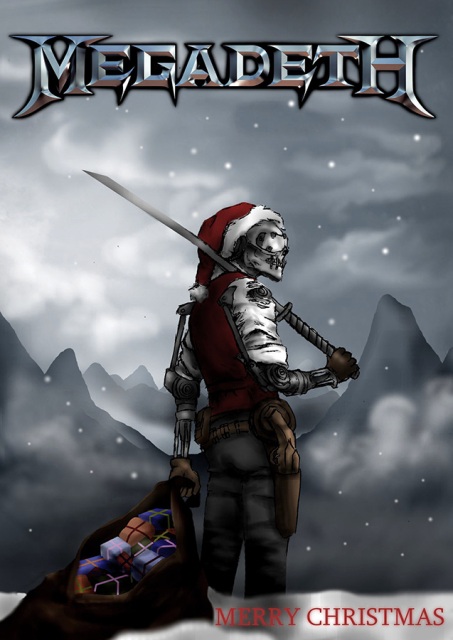 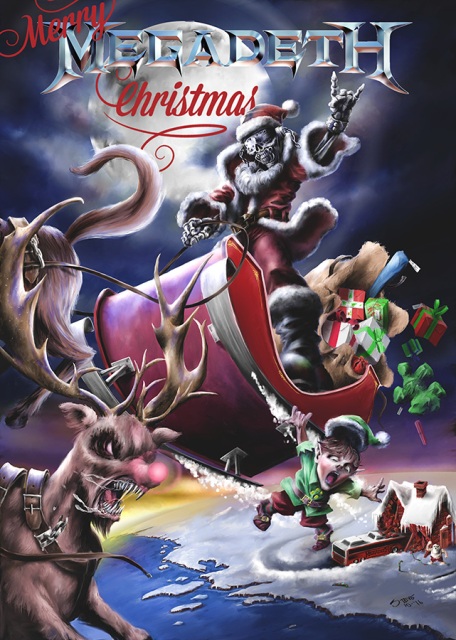 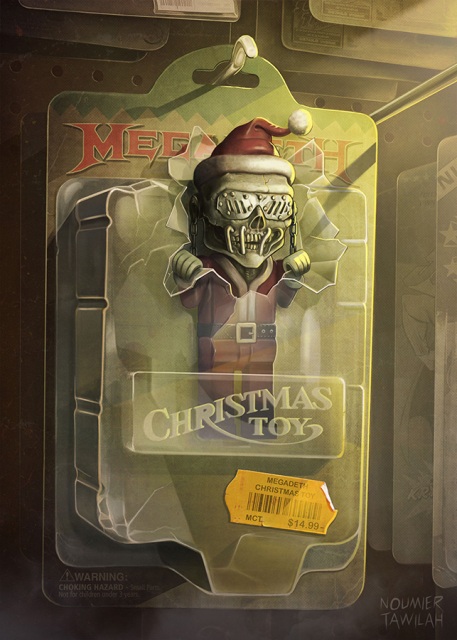 Earlier this month Megadeth were nominated for a 2017 Grammy Award for "Best Metal Performance" for the title track of their latest album, Dystopia. This marks the band's 12th Grammy nomination, yet they have never won a Grammy.

Asked by FeMetal TV in the video below if he thinks the Recording Academy members understand the heavy metal genre, Megadeth bassist David Ellefson answered: "No, not really. The Grammys is a very broad entity, and they honor all kinds of different music. And certainly they're credible, and it's incredible to be nominated again and invited back. But do they fundamentally just understand every single genre? How could you?"

He continued: "Really, it's the voters. I stayed on as a voting member for a few years after we started getting nominations back in the '90s, and then I just kind of discontinued it. But it's recognition by your industry and by your peers for the work that you've done. And I assume it's nice to win [laughs] — hopefully we'll know one day."

"It's always nice to be nominated. And I think being nominated for a metal band, that says a lot. Because if you're a pop act, if you're Nashville, or an urban act, a Grammy can really put a lot of wind in your sails — to sell records, to bring notoriety, touring… on all aspects. I remember Norah Jones, the little girl with eleven or whatever Grammys she had, it changed her life. Whereas a metal band, we've been around many years — we've done the ground work, we've done the leg work, we've toured, we have a very intrinscic connection with our fanbase already."

Ellefson added: "The Grammy thing is obviously wonderful. But I think we are a genre… And there's a lot of genres there, because there's something like 100 categories; they only televise, like, 12 or 14 of 'em on TV, but there's another, literally, 60 [or] 70 categories that they give away from 1pm 'till 5pm before the televised section starts — Tejano music, things that I barely even have heard of. And they're honoring that. And that is the thing that I think is cool about the Grammys — they have really widened themselves out to honoring all of these different genres, and deservedly so. There isn't just one-size-fits-all in music, so it's cool that they honor that, and it's great that metal is one of those."

Megadeth frontman Dave Mustaine released a statement earlier in December in which he expressed his gratitude for the band's latest Grammy nomination by saying: "Last time we were nominated, I was at the awards talking with Kenny G and I said how we'd been nominated a lot, but hadn't won it yet. He said, 'Don't feel bad. It took me 21 times to win my first one!'"

"This has been such an incredible year for Megadeth. With so many milestones, and so many individual and group awards, to now have this honor of being nominated again is the grand finale to the most perfect campaign. We are very appreciative and thankful to all of our peers and contemporaries that are voting for the 2017 Grammys."

The following artists are nominated in the “Best Metal Performance” category:

The 59th annual Grammy Awards will be held on February 12, 2017 at Staples Center in Los Angeles, California and broadcast on CBS at 8pm ET.