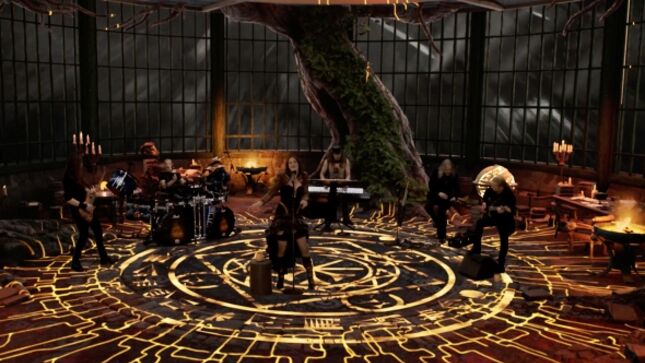 Clocking 150,000 attendees from more than 100 countries for their ground-breaking online concert "An Evening With Nightwish In A Virtual World", the Finnish symphonic metal band Nightwish broke records and, once again, re-wrote metal history during the most challenging time for music all over the world.

Sharing a testimonial from that memorable night, Nightwish recorded their performance of "Nemo" and teamed up with Amazon to gift their fans an exclusive track as an Amazon Original. 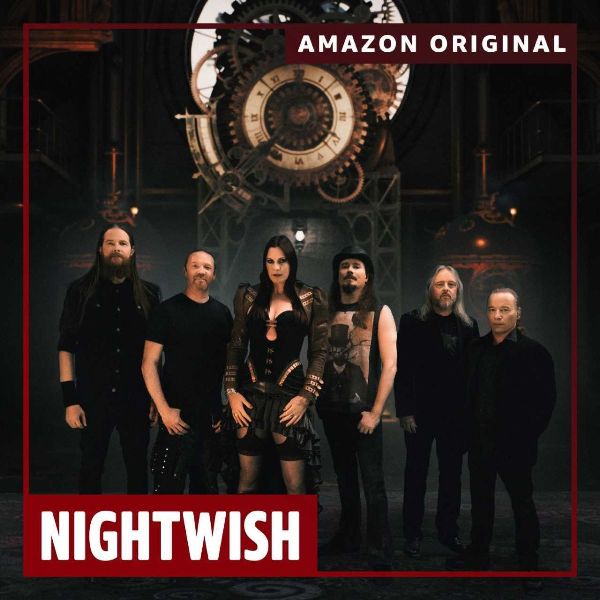 Tuomas Holopainen stated earlier about the livestream: "'The Islander's Arms were a figment of our imagination. That was the key thing that made us decide we wanted to do this - that we’re actually going to be able to play inside this fantastical tavern, and almost play to each other rather than to the cameras. That’s why we called it “An Evening With Nightwish In A Virtual World” – we invited people to come and watch us play, instead of us playing to the world."

"An Evening With Nightwish In A Virtual World" was a full-length live experience that reached magical dimensions set in virtual reality – The Islanders Arms tavern. The technical production was led by Zoan, whose Burst Live platform also powered Finnish rap superstars JVG’s May 1st virtual reality show that attracted more than a million viewers.

"Nemo" comes from the band's fifth studio album, Once (2004) that made Nightwish legends of modern symphonic metal. As a tribute to the manifesto that they gifted the world 18 years ago, the band will re-release Once as a remastered version with bonus tracks in different formats on August 6th.

Pre-order your copy of Once (Remastered) here.

"Once" was not only a unique milestone for the band, it also sealed the long-term relationship between Nuclear Blast Records and Nightwish - a bond that remains unbroken. It climbed up to #1 in the album charts in Germany, Finland, Norway and Greece, achieving triple platinum status in Finland with more than 90,000 CDs sold, triple gold status in Germany with more than 300,000 sold CDs and gold status in Switzerland, Austria and Norway.

Check out Nightwish's performance of "Nemo" at the Bloodstock Open Air 2018 below.