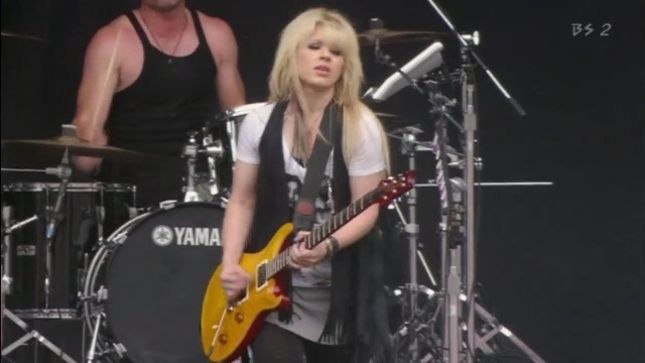 During an interview with Guitar.com, Australian guitarist Orianthi commented on one of her live covers of Jimi Hendrix's "Voodoo Child" found on YouTube that has amassed over 10 million views since being uploaded in May 2011.

Orianthi: "These days when I’m playing live I go into a wah and then straight into the amp. I don’t like too many pedals, it irritates me. I think it destroys the connection you have sometimes and believe me I’ve gone through pedal phases as much as anyone! I’ve had rack mounts, floor mounts, wireless packs, so many different systems.

There are a lot of views on my version of 'Voodoo Child' on YouTube and I can’t really watch it, I just cringe. I hated my tone, it was just fucking awful, but I had a great time with an EVH amp cranked up and all these effects. There are a lot of mean comments like, ‘Her sound sucks’ and I just think yeah, I agree with you guys, it sounds pretty shitty, but it was a fun time!"

Orianthi recently released of her new album, O, via Frontiers Music Srl. Order the album here, and watch a video for the track "Sorry" below.