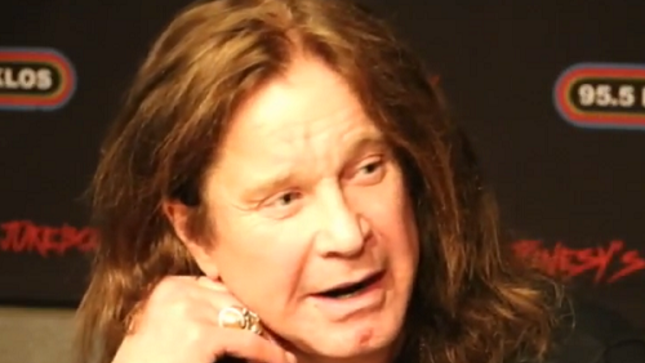 Ozzy Osbourne was interviewed on the September 6th edition of Jonesy's Jukebox on 95.5 KLOS, hosted by Sex Pistols guitarist Steve Jones. The 30-minute conversation can be viewed below; an excerpt follows:

On playing with guitarist Zakk Wylde once again: "We've just done a few gigs. We're doing one every month. But his playing is unbelievably good now. I hadn't played with him in a band situation for quite a while now, but I'm on stage with him and my jaw drops. He's so fast now!"

The rest of Osbourne's current touring lineup is comprised of bassist Rob "Blasko" Nicholson, drummer Tommy Clufetos, and keyboardist Adam Wakeman. "It's a good band," says Ozzy. "All these bands take it all too serious. We're up there having a laugh; you've got to have fun. I've got a teleprompter and I still sing the wrong words sometimes."