PINK FLOYD - The Dark Side Of The Moon 50th Anniversary Edition Unboxed; Video 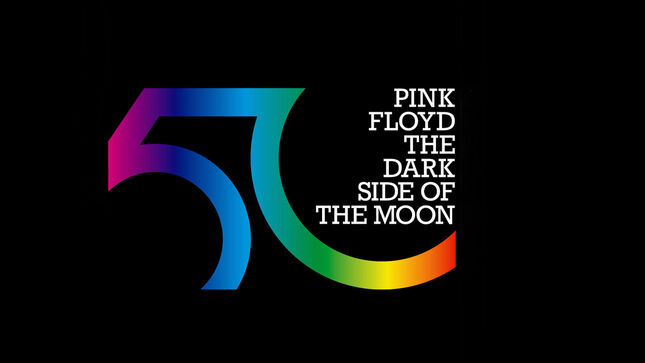 One of the most iconic and influential albums ever, Pink Floyd’s The Dark Side Of The Moon continues to find new audiences globally. This year, to celebrate its 50th Anniversary, a new deluxe box set will be released on March 24. Pre-order here, and find an unboxing video below. 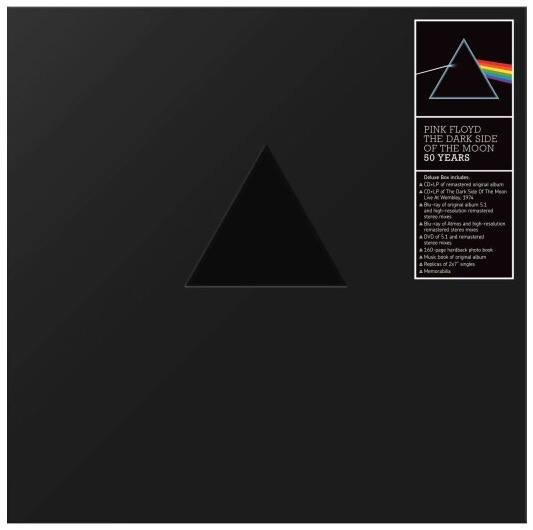 It includes CD and gatefold vinyl of the new 2023 remastered studio album and Blu-Ray + DVD audio featuring the original 5.1 mix and remastered stereo versions.  The set also includes additional new Blu-ray disc of Atmos mix, plus CD and LP of ‘The Dark Side Of The Moon – Live At Wembley Empire Pool, London, 1974’, a 160-page hardback photo book, a music book, replica 7” singles and memorabilia.  For full details see full listing via the pre-order link above.

The box set includes CD and gatefold vinyl of the new 2023 remastered studio album, and Blu-Ray + DVD audio featuring the original 5.1 mix and remastered stereo versions. The set also includes an additional new Blu-ray disc of a Dolby Atmos mix plus a CD and LP of The Dark Side Of The Moon - Live At Wembley Empire Pool, London, 1974. There's also a 76-page music book, replicas of two 7" singles, posters, stickers, a replica invite to the press preview of the album at London Planetarium in February 1973, and Thames & Hudson's 160-page hardback book with rare and previously unseen photographs from the 1972-1975 tours taken by Jill Furmanovsky, Peter Christopherson, Aubrey Powell, and Storm Thorgerson.

Simultaneously, on March 24, the CD and first ever vinyl issue of The Dark Side Of The Moon - Live At Wembley Empire Pool, London, 1974 will be released independently of the box set. It was originally recorded in November 1974 as part of the band's winter tour and this is the first time it will be available as a stand-alone album, with artwork featuring an original 1973 line-drawn cover by George Hardie. 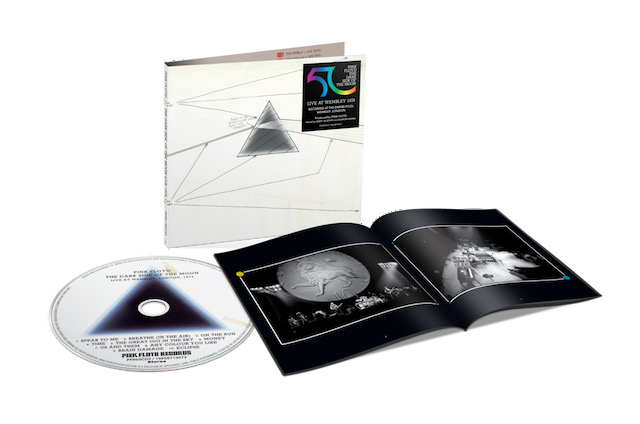 Thames & Hudson's book Pink Floyd - The Dark Side Of The Moon: 50th Anniversary will also be published separately from the box set on the same day - March 24. Curated by photographer Jill Furmanovsky and art directed by Hipgnosis co-founder Aubrey Powell, this LP-sized book was created with the involvement of the band members.

The 50th Anniversary release will also be celebrated as Pink Floyd invite a new generation of animators to enter a competition to create music videos for any of the album's 10 songs. Pink Floyd has a rich history of collaborating with animators from the beginnings of the band (Ian Emes, Gerald Scarfe etc.), and in some cases the visuals that accompany the songs have become synonymous with the music itself. The 50th Anniversary will be no exception. The band would like to give all animators an opportunity to present a fresh take on these timeless aural works. Animators can enter up to 10 videos, one per song on the album. A winner will be selected from a panel of experts which will include Pink Floyd’s Nick Mason, Aubrey 'Po' Powell (Pink Floyd's creative director) and the BFI (British Film Institute). The deadline for submissions is November 30th 2023. Please see the separate post with Nick Mason talking about the competition.

On February 27 1973, EMI Records held a press conference for the debut presentation of Pink Floyd’s new album The Dark Side Of The Moon at the London Planetarium. 50 years on, in recognition of the iconic album and with the help of huge strides in technology, an official full dome experience with stunning visuals of the solar system and beyond and played out to 42 minutes of The Dark Side Of The Moon, will be released in Planetariums around the world in March. Contact your local Planetarium for any screening details.

For further information, head to PinkFloyd.com.