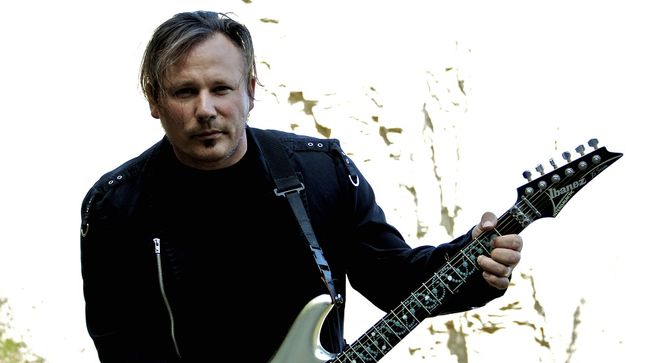 Guitarist Kevin Estrella’s project Pyramids On Mars has a new album being released on December 21, 2019, entitled Edge Of The Black. The full-length offers up an aural palette of intense instrumental rock that's emotional, provocative and 4-dimensional.

Following Pyramids On Mars' two previous albums, Edge Of The Black was written, composed and performed solely by Kevin Estrella who cites influences from musical greats including J.S Bach and Antonio Vivaldi along with today’s guitar virtuosos Yngwie Malmsteen and Joe Satriani. Edge Of The Black pays homage to these artists while still maintaining Estrella’s own creative flair. Estrella shares his thoughts on the album:

“On Edge Of The Black, I wanted to put emphasis on songwriting and telling a story. The emphasis is not just on the lead guitar melody, but on the band as a whole. Harmonic variations on repeating themes are strongly utilized; like rhyming phrases in spoken language that allows easier accurate retelling of the original story. This idea of repeating music phrases/themes so the audience can easily recall it and hum it all the way home.”

Pyramids On Mars is premiering the J.S. Bach inspired track “Song Of Light”, which even kicks off with a harpsichord in the intro.