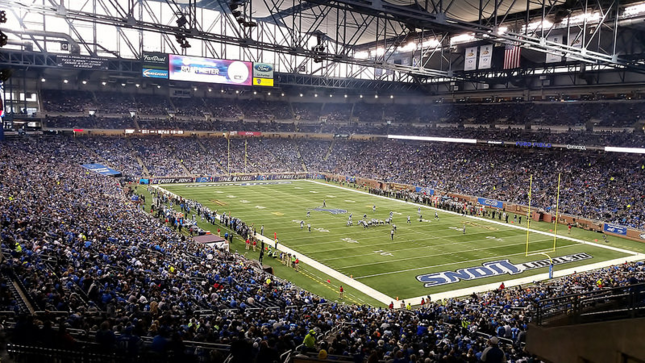 The Super Bowl is one of the most watched sporting events around the world. It’s notorious for the best teams in North America facing off against each other for the crown jewel in American Football. Many people make a full day of it; putting their BBQ on, getting the beers in, and enjoying the company of friends and family.

However, it’s also a popular event amongst those who aren’t sports fans. No, we’re not talking about people who place some NFL Lines in the hope to strike lucky and make some money. We’re talking of course about those who tune in purely for the halftime show.

The halftime show has been an important tradition at Super Bowls for many decades now, with some of the biggest acts in the music industry putting on some incredible, and sometimes incredibly bad, performances. In fact, it’s this section of the Super Bowl that attracts more viewers than at any other point throughout the whole event.

Quite often, the event sees an unusual collection of stars collaborating together, such as when Aerosmith, Britney Spears, NSYNC, Nelly & Mary J. Blige all performed together in 2001. Other occasions see musical geniuses such as Michael Jackson and Prince making one-off special performances as well. But no matter what type of act performs, you can guarantee some fans will enjoy more shows than others.

One that has gone down as one of the worst Super Bowl halftime shows of all time was back in 2006 when the Rolling Stones performed at Super Bowl XL (40). Firstly, the people of Detroit, Michigan where the event took place at Ford Field were furious before the event even took off. That’s because Detroit was the birthplace of Motown, and they felt that an event such as the halftime show should pay respect to their heritage.

But instead of getting a Motown classic performing on stage, they got the Rolling Stones. Now, you’d probably think that wasn’t such a bad compromise, getting one of the greatest rock bands of all time to perform. And at first glance it seemed like it was going to be a great set up, as the band walked out onto a stage shaped like their world-famous lips and tongue logo they’re renowned for.

But sadly for many, that was the highlight of the entire performance, which didn’t last long at all compared to many other halftime shows. That’s because the Rolling Stones only played three songs, which ok, they’re getting on a bit even then, and they probably can’t party like they used to. But of the three played, one was their latest single called Rough Justice. And when you go to watch a band like that, you expect ALL the classics, not just one or two. But it wasn’t the case.

This left a bitter taste in many people’s mouths, because not only did they barely spend any time performing, they also didn’t play the many of the songs that helped make them famous. A new song probably would’ve been fine if they had actually played a few more of their top hits but that wasn’t the route they went down, and once you’re finished there is no going back, so the damage was done.

One positive about the performance though, which you can catch on the video below if you want to check it out for yourself, is that they played live. Now you may think, surely all the acts play live. But no, they don’t. Many use backing tracks and lip-sync their performances. But the Rolling Stones went old school. No backing music whatsoever. It was completely live, from the musicians playing, to the vocals being sung just as God intended.

So whilst it may not be one of the most popular, we have to give them credit for that alone. Because it takes some serious bravery to go out and perform on a stage as big as the Super Bowl halftime show.

Also we thought it was excellent how Mick Jagger announced that they could’ve actually played Satisfaction at Superbowl I, as the track was released around the same time. In fact, the Super Bowl was played earlier on that day purely because the Rolling Stones were performing on TV later in the same evening.

Once they were done and dusted, the game resumed. The Pittsburgh Steelers went on to beat the Seattle Seahawks 21-10. But it went down as one of the most controversial games in Super Bowl history, much like the halftime show. That’s because there were so many dodgy decisions made by the affiliates, and by 6am the next day, the man in charge of the NFL officiating was off to Costa Rica, supposedly with a caseload of money for handing the Super Bowl to the Steelers.

How true that is, we don’t know. But it doesn’t stop conspiracy theorists still going on about it to this day. Much like how we’re still talking about the Rolling Stones halftime show now.