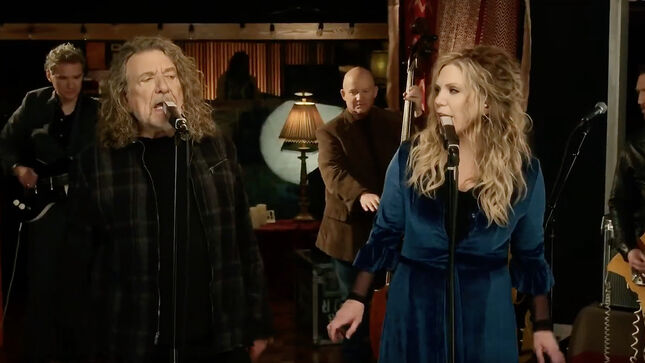 Led Zeppelin legend, Robert Plant, will be joining Lauren Laverne on BBC Radio 6 tomorrow morning (Wednesday, November 24) for a chat about Raise The Roof, his new album with Alison Krauss.

Lauren Laverne's show can be heard from 7:30 AM, UK time and is available online on the BBC website.

Led Zep legend @RobertPlant will be joining @laurenlaverne on Wednesday morning for a chat about Raise The Roof, his new album with Alison Krauss 💿

Packed with soul-soothing folk melodies, have you got a favourite from their latest record yet? pic.twitter.com/oignXaw6BF

Robert Plant and Alison Krauss have released their first new album in fourteen years, Raise The Roof, via Rounder Records. Like its platinum-selling 2007 predecessor, Raising Sand - which won six Grammys, including Album and Record of the Year - Raise The Roof delivers new takes on songs from legends and unsung heroes of folk, blues, country and soul music.