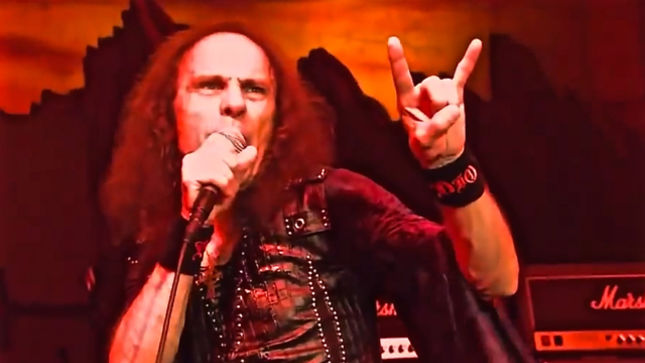 As an administrator of the Keep Portsmouth Loud website, Brian Kelly brought a group of residents together in support of the arts in Prescott Park, while others measured the decibels of concerts and plays there and complained they were too loud. So it's fitting that Kelly is the man behind an online petition to have a memorial placed in Prescott Park to honour the late Ronnie James Dio, a Portsmouth native and icon of the heavy metal music genre.

Heavy metal "is not something that white bread Portsmouth is particularly fond of," he said. "But (Dio) made significant contributions to that genre. He was the father of heavy metal."

Dio was born July 10th, 1942, in Portsmouth and named Ronald James Padavona. He was a frontman, a bass player and a vocalist for a number of heavy metal bands and in the late 1970s replaced Ozzy Osbourne as front man for Black Sabbath. He's also credited with inventing a hand gesture known as the "metal horns”, which Kelly said became "the iconic symbol of heavy metal”. According to Wikipedia, Dio's family lived in Portsmouth for a short time, before returning to their native New York.

Kelly's petition is a vehicle for collecting signatures in support of a monument to Dio, who he described as "one of the most influential musicians of our time." As of Tuesday afternoon, 494 people had signed the petition in support, which is not surprising since Kelly's "Keep Portsmouth Loud" effort was "liked" 5,000 times in "a matter of days," before launching sticker and T-shirt sales.

"We're tapping into that same vein," he said.