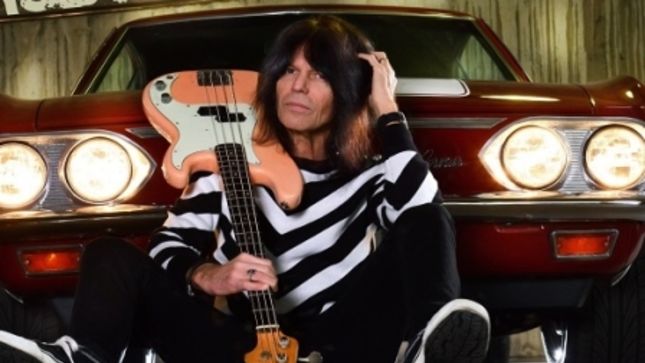 Sarzo: "It was great. He was tremendous. He and Sharon, they were fantastic. We all traveled on the same bus, stayed in the same hotel, we all did it together. As a matter of fact, when we were on break, I would stay with them at Sharon's family home, so I got to spend a lot of time with them. They were incredibly generous, and I really owe my career to them because I didn't have any resume or track record before I joined Ozzy. I went from sleeping on a floor, living at (Quiet Riot singer) Kevin DuBrow's apartment, to getting the phone call to join the band. As soon as I joined the band, they let me stay with them at the mansion up in the Hollywood Hills, and they just went on Randy's word that I was going to be OK. They didn't know me. They didn't know if I was going to be an alcoholic, a drug addict, unreliable (laughs), they had no idea. But Randy told them he's the guy we're looking for, so I owe them so much, Randy, Ozzy and Sharon."

Q: How did Randy Rhoads' death affect you and how did you cope with it?

Sarzo: "Yeah, that's always hard to talk about, because I can't talk about it without going back to that place. I actually wrote a book about it so I would get to explain my feelings, because it's kind of hard to put it in a nutshell about somebody who's there and then 30 seconds later...

The last time I saw Randy, our tour bus was parked outside this home where there was an airplane hangar, and they took a plane out for a little ride. Randy invited me to join him, and I was still in my bunk and I didn't want to get out of the bunk - it was actually the only time we didn't do something together, we were always hanging together and doing these little adventures - and I went back to sleep, and I wake up with the plane clipping the bus. We all thought that we were on the freeway, but we were standing next to this house, and before you know it we get out of the bus and we see all these tragic events going on.

So it's very hard, but let me put it this way: It was bad enough that I actually left Ozzy because it was too painful to go onto stage every night without Randy being there. We didn't have time to mourn. We went back on the road maybe a week and a half after going back to L.A. not only to rehearse and audition the new guitar player but also to attend the memorial services and funerals for Randy and Rachel (makeup artist Rachel Youngblood who was also killed). It was incredibly painful. I left Ozzy and joined the complete unknown, which was the Metal Health version of Quiet Riot, because I wanted to have joy in my playing again. It was so painful to go on stage without Randy, so I just left one of the biggest bands in the world for nothing (laughs), no promises, no nothing, just so I could enjoy playing again."