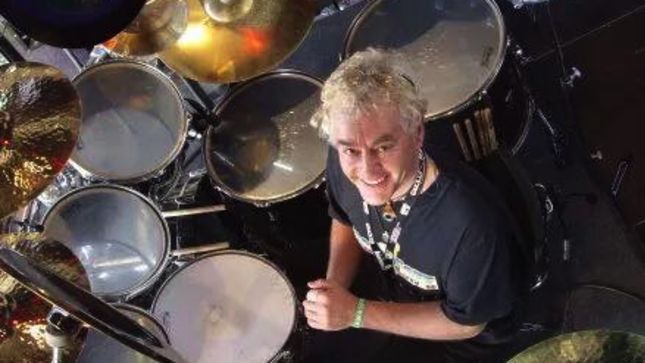 Saxon regret to inform UK fans that the remaining tour dates have been postponed due to Nigel Glocker’s health issues. The drummer was rushed to hospital on Monday night.

Biff Byford says: "Nigel our friend and brother is in the hospital in the UK having tests to find a bleed on his brain. He is up and talking but he says he has a ball crushing headache. I will pass all your messages on to Gina, Nigel's wife and we all pray that Nige can pull through this! At the moment all shows have been re scheduled to 3/4/5/6/7 of February 2015."

The UK dates were due to be the culmination of 38-date European tour Warriors of the Road celebrating their 35th Anniversary. The set list featured tracks from what is known to the fans as 'The Holy Trinity' - Saxon's seminal albums Wheels Of Steel, Strong Arm Of The Law and Denim And Leather.

The following shows are re-scheduled as follows: Tickets are valid for the new dates.

The band and management would like to apologise to all involved for any inconvenience caused.