SIREN - I’m Too Old For This Sh*t Documentary, Produced By CHRIS JERICHO, Out Now; Video Trailer 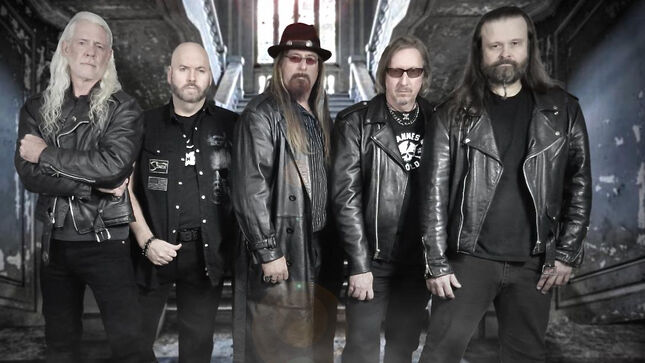 Chris Jericho has added the title film producer to his extensive career list with the release of I’m Too Old For This Sh*t, a brand-new documentary film produced by Jericho, his debut in the role, and directed by Nathan Mowery. I’m Too Old For This Sh*t, available now via Gravitas Ventures on iTunes, Amazon and various streaming platforms (run time: 89 minutes), captures the unpredictable highs and lows of ‘80s underground, fan-favorite heavy metal band Siren as they reunite more than 30 years after their breakup for a special performance in Germany at the Keep It True Festival.

“I’ve been playing in bands for 35 years and I’ve NEVER heard a story like Siren’s,” shares Jericho. “We all had bands in high school that we felt would tour the world and sell a million records, but most of them break up by senior year and never do. However, Siren was different. In the early ‘80s, they had a ton of buzz and a shitload of talent, but typical inner band politics broke them up and most of the guys never played in another group again. But here’s where it gets weird. Unbeknownst to the guys, over the next 30 years, Siren’s fan base was building to the point of getting an offer to play a major festival in Europe in 2018, over three decades after they broke up. When I heard this story, I figured it would go one of two ways…it would be a major shit show OR the best feel-good story ever. That’s why I sent a camera crew to document their adventure. What we got for this movie was even more than I could have imagined. Some dreams never die and I’m Too Old For This Sh*t proves that to be true!”

“This has all been beyond imagination,” adds Siren drummer, Ed Aborn. “When I was 18, it was my dream to be onstage and see thousands of people singing along with the songs I had written. That dream was set aside and forgotten as the obligations of life and family spanned the next 30 years. But sometimes a dream really does sneak up on you! And living that dream, even for a moment, was still every bit of the amazing experience I had imagined it would be all those decades ago. I’m so grateful that the whole experience was captured in this film. Now, I can live it over and over again and hopefully others may even dare to dust off their own long-forgotten dreams. This was an actual dream come true experience. The only thing that could have made it any better was if I still had the long, feathered hair of my heavy metal youth from the ‘80s!” 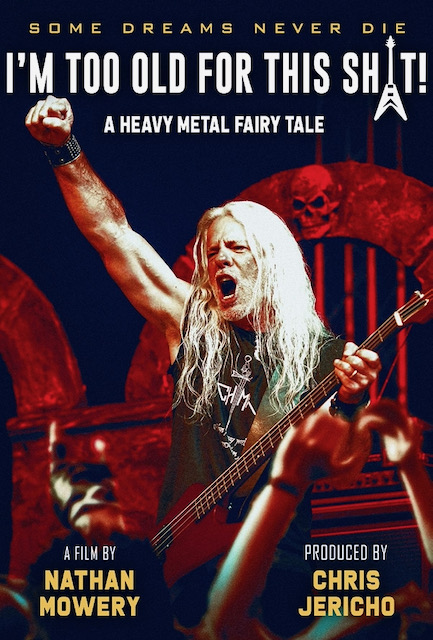 I’m Too Old For This Sh*t follows the five members of Siren - Ed Aborn [drums], Doug Lee [vocals], Gregg Culbertson [bass], Todd Grubbs [guitar] and Hal Dunn [guitar] – as they rekindle friendships and put aside any animosity following the band’s breakup 35 years ago to embrace their last chance at making their rock ‘n’ roll dreams come true. In the early 1980s, the Brandon, Florida quintet were poised to take over the world of heavy metal. Siren released various demos and two full-length albums, No Place Like Home (1986) and Financial Suicide (1989), but a string of bad luck, shady business deals and inner politics led to the band’s demise. Unbeknownst to them, Siren was amassing a sizeable fanbase overseas over the ensuing decades and thanks to the powers of social media, an obsessed fan located and contacted Aborn, ultimately leading to an offer from the organizers of the Keep It True Festival, one of Germany’s biggest annual heavy metal gatherings, for a 2018 mainstage reunion performance. I’m Too Old For This Sh*t captures the members of Siren, now in their 50s, as they reunite and relearn their old songs, while also navigating airports, international travel, social media and the modern day music scene in a fairy tale for the ages.