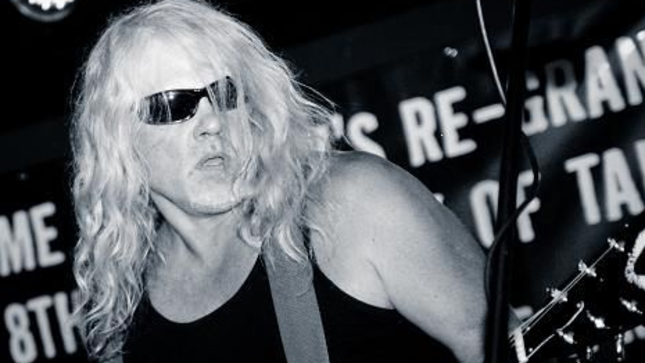 American power metallers Trauma announced this week that guitarist Jeff Jones (founding member of the metal rock act St. Elmo's Fire) as the new replacement for axe wielding guitar player Kurt Fry. The departure of the thrash metaller was due to the guitarist wanting to pursue other musical interest.

Trauma is known for their contribution to the Metal Massacre-sampler and the release of their 1984 debut album, Scratch And Scream, which was remastered and re-released last year with Shrapnel Records. Now, after three decades, the band from California have decided to give it another go with their latest release Rapture And Wrath to include a sold out limited edition of 200 black copies with printed insert on vinyl through Pure Steel Records.

"Trauma has returned to deliver more face-melting heavy metal unto the hungry masses and having Jeff Jones onboard is going help us by adding some new dimensions to our sound and overall vibe," says drummer and co-founder Kris Gustofson. "Recent rehearsals have been sounding awesome! So, with that being said he is our new guy in the band as of this week. He is an awesome guitarist and songwriter too"...

Trauma's Scratch And Scream recording in its entirety has been added Spotify and added to Pandora. The station is Trauma Radio.

For more information and updates visit Trauma on Facebook here.