UNVEIL THE STRENGTH Cover "The End Of Heartache" By KILLSWITCH ENGAGE 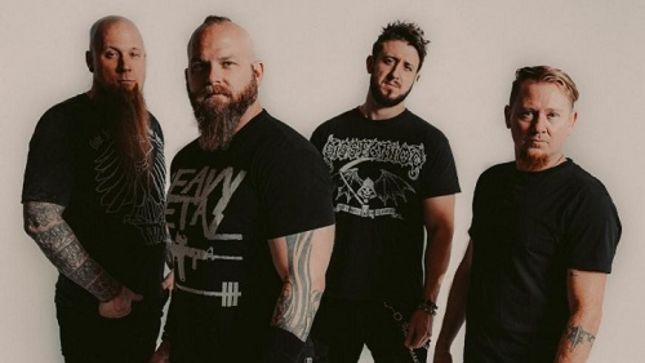 Austin, Texas based hard rock band Unveil The Strength has released their cover of Killswitch Engage's "The End Of Heartache".

The power produced in this version by Unveil The Strength lends itself to an overwhelming emotion that demands you stop whatever it is you are doing and listen. The rich vocals catch your breath; the piano intertwines a melody that pierces the heart. Unveil The Strength empowers "The End Of Heartache" as it has never been heard or experienced before. The delivery captured extends beyond the chords, the notes, and the lyrics. Once again, Unveil The Strength defines hard rock engagement solidly and profoundly.

"This was a reimagined version of  'The End Of Heartache' originally performed by Killswitch Engage. With everything going on in 2020, performing this song just seemed appropriate. We collaborated with this amazing piano player named Sean Townsend. He actually has a YouTube channel called Chillswitch Engage and does nothing but piano versions of Killswitch songs. This song is different than what you would expect from us but that was the plan. We really wanted to show that we are not a one dimensional band. We hope the version of this song can help anyone in pain heal. No matter what it is, it's been a tough year for us all, so hold fast. If you can't find the light make a F....n blowtorch!" - Mark Wolfe of Unveil The Strength.