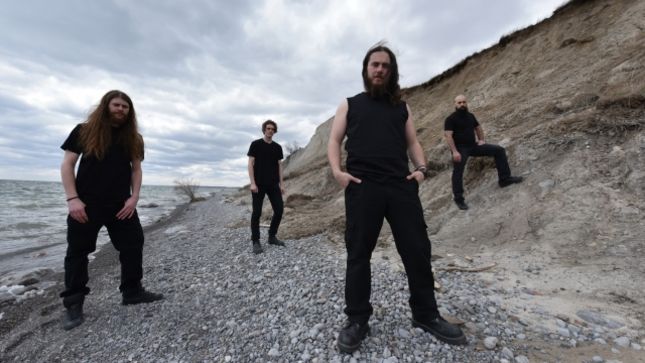 Wacken Metal Battle Canada winners Vesperia are streaming the new song “Iron Saga” exclusively at BraveWords below. The band's The Iron Tempests EP is due out July 10th.


The Iron Tempests sspan around 18-24 minutes long and was co-produced with the effort of Ryan Bovaird, frontman of Canadian melodeath band Hallow's Die. The EP artwork was also created by none other than Vesperia's frontman Morgan Rider at his own White North Studios.

Vesperia recently put the finishing touches on their brand new music video for the as-of-yet unreleased song, “The Western Tempests”. The band recently emerged from the famous Camp 30 - which is a dilapidated and abandoned prisoner of war camp in Bowmanville, Ontario.

"The new music video for ‘The Western Tempests’ is dark. Very dark," comments band bassist and frontman, Morgan Rider. "We built the story of the video around the five stages of grief: denial, anger, bargaining, depression and acceptance. Spending from sundown to sunup over two weekends to give the video its clutching darkness and disturbing atmosphere have definitely given us the result we were looking for."

Recently announcing dates for both Eastern and Western Canada this coming June and July with select dates supported by Winnipeg's melodic death metal band Laika, Vesperia has also announced a special self-hosted tour kickoff party that will take place prior to their West Coast leg of their tour. On Friday, July 10 their tour kick off show will take place at the newest live music venue in Oshawa, ON at The Moustache Club, located in the heart of downtown at 15 Simcoe St N on the second floor.