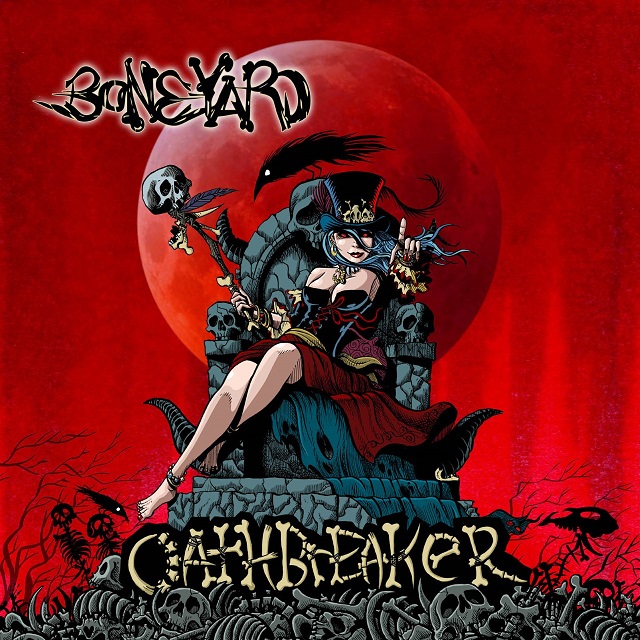 Debut from these Canadian traditional metallers Boneyard, who started out as a cover band since 2015, with female voice Pamtera (real, stage name?) also handling rhythm and lead guitars.

Opener "Fates Warning" will appeal to NWOBHM fans, mid pace metal with a classic approach to the music. Hear that riff for "Gone", is straight ahead Saxon fair ("Smoke The Sky"), but unlike fellow contemporaries say like a Burning Witches or Night Demon, the vocal delivery is not aggressive, more laid back melodic. But the backing vocals give it little more oomph. "Evil Ways" is akin to a Cauldron song, drops out the riffs during the verse for more air to hear the vocal and melodic leads, the hook feels like could be a Runaways tune. It's the simplicity, which is not a bad thing. Title track slows things down with great Maiden/Priest leads and the solo section is excellent with reflecting the melody. "Rat Race" has some balls and right to the point, "Monster" includes a short sound of the creature to accompany the imaginative lyrics, while “Born Again" guitars and drive reminisce of post ‘80s Armored Saint. And so happens the album was mastered by Maor Appelbaum (Halford, Armored Saint, Anvil). "Tune Attack" rocks with dirty hair metal attitude. Solid, enjoyable debut, support the New Wave of Traditional Heavy Metal.