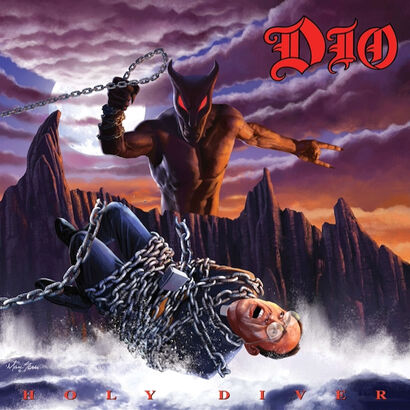 Reissue, expanded edition of Ronnie James Dio's first album after his time in Rainbow and Black Sabbath, as a solo artist, band. At the time of its release in 1983, Holy Diver was one of those flawless albums that set the standard for traditional heavy metal. The expanded edition comes with a thirty page booklet that includes the original cover artwork, lyrics, liner notes, tour dates, and live photos from the tour, and more. 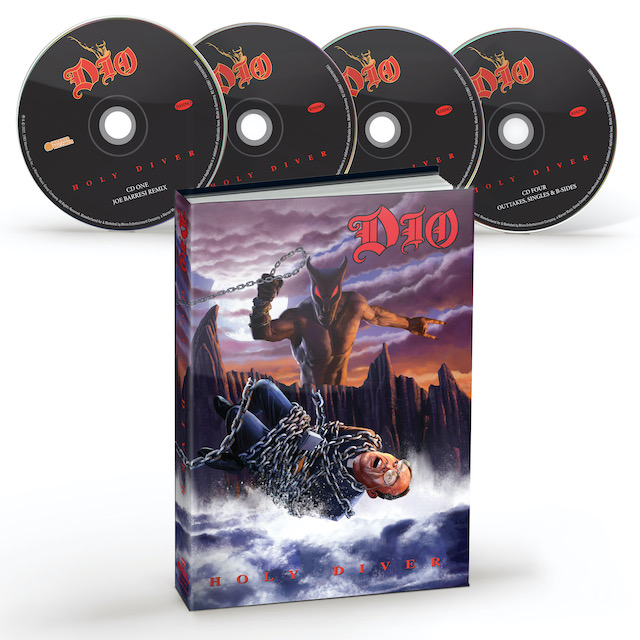 What's the difference between the original album remastered compared to the 2022 remix? Quickly going back and forth between the two CDs, and anthemic opener "Stand Up and Shout", yes there is a difference, the 2022 remix gives more space between the instruments, allowing clarity to symbol hits, punch to the drums and bass lines. Not overpowering or muddying up the clarity to the guitar riffs or Ronnie's vocals. This virtually sounds the same as the original album's mix, just with more punch and sonic definition, a couple little details here and there lost or buried in the original mix to get a better appreciation for the players and arrangement.
For example, could barely notice Viv's pick slide up the neck on the riff before in the title track. Vinny Appice now counts in before the guitar for "Gypsy", "Caught In The Middle", and "Straight Through The Heart" which takes away from the impact of the riff starting the songs. Something like this should have been included in the outtakes, maybe? "Don't Talk To Strangers" acoustic guitar intro is luckily not interrupted, a brilliant, epic, powerful and dynamic composition. No wonder power metal giants Blind Guardian covered this song. The howl still starts "Shame On The Night" in the 2022 remix. 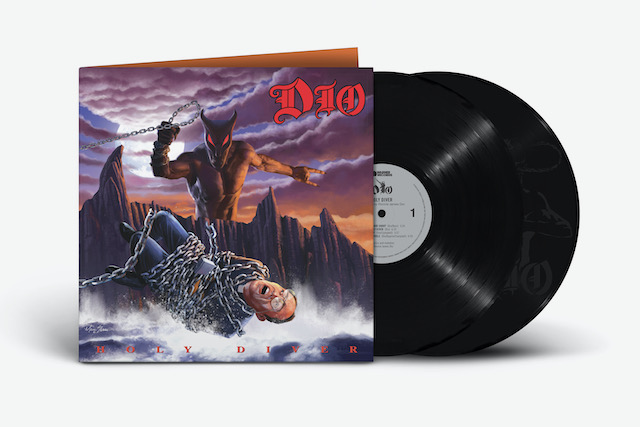 Live in Fresno 1983 sounds great, the crowd is low in the mix not taking away from the riffs and instruments or vocals, and drops out once the song starts. Ronnie, and Vivian Campbell are on fire, Vinny Appice and bassist Jimmy Bain behind the rhythm section keeping the songs grounded. This is a really tight performance, clearly from seasoned players by this time. Setlist is focused on Holy Diver with six in, plus two from Black Sabbath ("Heaven and Hell", "Children Of The Sea"), and Rainbow classics "Man On The Silver Mountain" and "Starstruck". Campbell on these playing for the song, not overdoing the solos, adding a touch of his own flair.
CD 4, "Evil Eyes", which would appear on the follow-up album The Last In Line, is an improvement remixed with more clarity and punch. "Don't Talk To Strangers" (outtake version 1) is well mixed like the album track, just minus Campbell's guitar leads and solo on the final version. Two versions of "Invisible", and "Rainbow In The Dark" with an alternate guitar solo that's not as memorable as what made the album. Also two well produced outtakes of "Straight Through The Heart". Hopefully they will be doing this treatment for Last in Line, Sacred Heart, Dream Evil, and Lock Up The Wolves at some point in time.