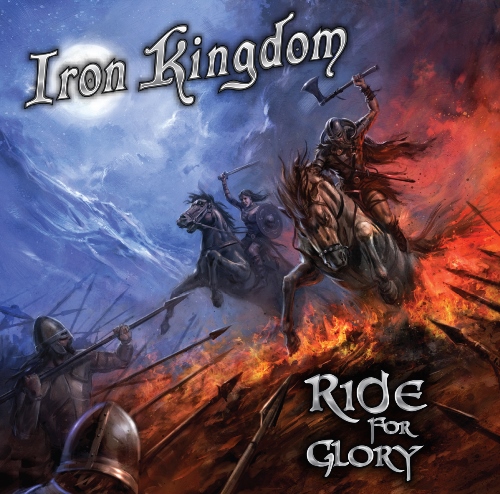 Third full-length from Surrey, British Columbia traditional-minded metallers, although 500 vinyl copies of a live five song Ep (Unleashed At The Kraken), recorded in Seattle are floating around, even available for pre-order, if you hurry. Hats off for doing it yourself, in the Crowd funding, public shakedown days. After the instrumental "On The Eve Of Battle" intro, it's right into "Leif Erikson", the vocals containing a spot of early (i.e John Arch) Fates Warning, before treading to even higher (albeit strained), stratospheric heights, before ending with an Iron Maiden-ish flourish.

Speaking of the long-running Brit masters, check out the 3:13 instrumental, "A Call To Arms". The title cut features plenty of twin leads, while (reoccurring) military cadence snare revs up "Lady Trieu And The Kingdom Of Wu", which contains a lengthy instrumental section (as do most of the six proper songs). Syncopated bass drums and an unsheathed sword introduce "The Samurai", which ends with a spiked scream. Another flash of swords heralds "Night Attack", while the "Veiled Knight" finale seeks to channel '70s Geddy Lee, on vocals, but to no avail. Ambitious attempt, and it's a pleasure to hear this style being attempted in North America, but compared to like-minded acts overseas (retro leaning, or nowt), it's just not there yet.