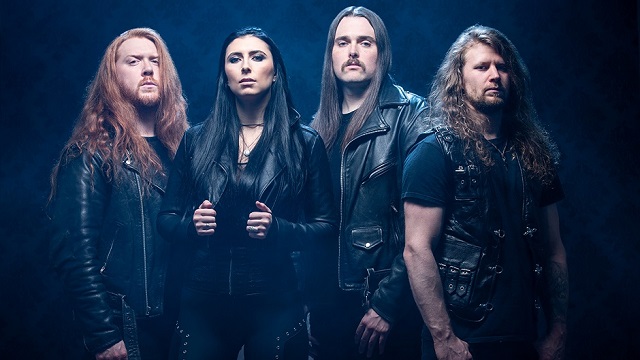 From the Apex to the Abyss, Unleash The Archers are arguably the hottest metal band on the planet. Their smooth and seamless brand of power metal is rough enough to be palpable to any type of listener. The Canadians concocted the perfect potion to spice up 2020 with the songwriting taking major leaps and bounds and even taking chances including synth work and lessening the amount of growling vocals. Abyss carries the concept story set forth with their 2017 breakout album Apex and the story told within is just as enthralling as the music. Abyss rightfully takes its place at #11.

As laid out in a BraveWords feature: Listeners will find out that Abyss is a record that falls right on that power metal checkboard and has the least amount of harsh vocals present and the decision for that is due to the progression of the story.

Slayes knows this and laughs, “Yeah, we did a thing,” before continuing, “We wanted people to, not that they’re going to do this, but we wanted people to be able to listen to Abyss right after listening to Apex and have that emotional rollercoaster fit properly. In Apex, it's like this high of finding the sons and then this low of being sent back to his mountain, continuing to be a slave. And then Abyss bus starts with that sort of low moment of self-reflection and contemplation, and then ramps up again into the epic battle and then ends on sort of a triumphant high. We decided that we weren't going to introduce harsh vocals until The Matriarch was introduced into the story again. The first half is all about The Immortal and meeting the grandson and they're kind of out in space and then bam, track, five or six, it's like, here's The Matriarch. She's this bad-ass narcissist and here are the harsher vocals.”